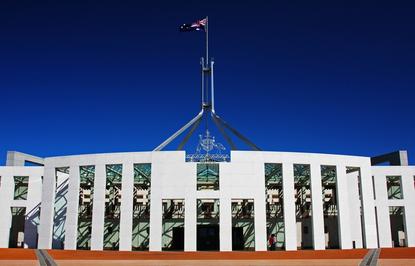 The Department of Finance has awarded Verizon a $4.89 million, multi-year contract for the provision of GovLink telecommunications services under a whole-of-government procurement arrangement.

According to the Department, the telecommunications service provider’s contract, which is set to expire on 30 June 2020, was awarded following an open tender process.

GovLink is a Federal Government service aimed at providing a mechanism for the secure transmission of classified information between public agencies over the internet.

While the Department of Finance said that the finer details of the technologies, configuration and support services for systems transmitting classified information under the GovLink service could not be disclosed, Verizon’s role in the new GovLink service is set to revolve around components for information technology or broadcasting or telecommunications.

The GovLink service is essentially a re-launch of the existing platform used by the government for secure inter-agency internet communications, FedLink. Both services come under the auspices of the Department of Finance.

“GovLink will provide enrolled entities with a means of secure communication over the internet,” a spokesperson for the Department of Finance told ARN.

“It is designed and delivered to meet the security requirements of the Australian Government for the protection of information up to the classification of ‘PROTECTED’.”

The service from which GovLink emerges, FedLink, was designed using the IP Security (IPSec) international standard, and creates authenticated, encrypted links between participating agencies to create a secure virtual private network (VPN) across the internet, according to Finance.

The platform was designed to allow government agencies to securely share information “conveniently and cost effectively”.

In 2004, the government directed all Financial Management and Accountability (FMA) agencies to protect their data transmissions by using the FedLink service or an equivalent protection system.

As of 2014, there were approximately 105 agencies that relied on the FedLink service to secure their communications.

In October 2014, the Department of Finance threw open the doors for expressions of interest from suppliers in relation to the development of a new secure communications platform.

“The Department of Finance is looking to ensure this capability is maintained and developed into the future,” tender documents published at the time stated.

“The Commonwealth is seeking an innovative solution that will need to include sufficient security controls to enable the platform to safely and securely transmit data across the public internet up to ‘PROTECTED’ in accordance with the accreditation requirements described in the Australian Government Information Security Manual.

“The proposed solution would need to align with the requirements of the Protective Security Policy Framework (PSPF) regarding Dissemination Limiting Markers (DLM),” the documents said.

The government requested at the time that respondents submit solutions which should include a high level architectural structure, implementation considerations, resourcing requirements and indicative costing.