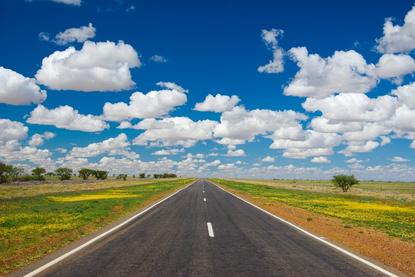 This will include 18 mobile sites funded via standalone Optus investment and four via money from the Federal Government’s Mobile Black Spot Program.

The 18 Optus sites represent an $8.2 million commitment from Optus to improve its network in the area, while the four Mobile Black Spot Program sites are the result of $1.8 million combined investment by the Federal Government, State Government and Optus.

As a result of this rollout, Optus said its coverage will be extended by more than 600km across the Cunningham, Warrego, Carnarvon and Castlereagh Highways. Currently, 14 sites have been completed, with another eight sites to follow by June.

Optus identified that the complete Mobile Black Spot Program sites upgraded are Brucedale and Blue Lagoon, with the Mirrabooka and Nardoo area upgrades yet to be complete.

The news follows a recent announcement of the Victorian Government fixing mobile black spots along Victoria’s five busiest regional rail corridors by partnering with Telstra, Optus and Vodafone in an $18 million project.

“We are proud to connect these iconic stretches of highway in Western Queensland. We’re continually working to connect regional Australia and these 22 new sites will result in significant network coverage expansion and improvement to our customers’ experience.

“We’re also looking forward to working with governments on the continued roll out of the Mobile Black Spot Program and thank all governments for investing in such a crucial program,” he said.

Optus co-contributed a further $36.4 million to fund 65 mobile base stations as well as the deployment of 49 satellite small cells.

“In total, rounds one and two of the Coalition’s program will deliver new coverage to 32,000 homes and businesses across 86,000 square kilometres including 7600 of major transport routes via 765 new mobile phone towers,” Nash said.

Queensland Minister for Innovation, Science and the Digital Economy, Leeanne Enoch, said the announcement is welcome news for many Queenslanders living with poor mobile phone reception.

“Mobile coverage is critical for people dealing with natural disasters but it is also essential for everyday life, business, tourism, education and social connection. Providing mobile coverage at key points along remote roads is important for locals and tourists alike,” she said.

In January, Optus ramped up its regional mobile coverage in the Northern Territory and South Australia, installing additional satellite small cells across the states.