​Looking beyond IoT to Intelligent Things

With the channel well-placed to capitalise on the growing promise of IoT, how can Australian partners progress further through intelligent things? 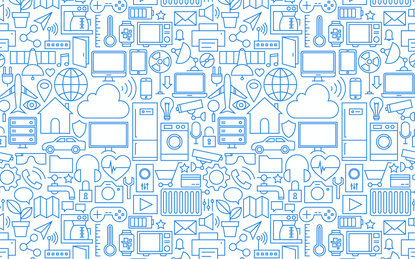 In the age of smart connected devices – commonly known as the Internet of Things – devices churn out raw data that then needs to be fed into software or analysis solutions to make business decisions.

But now, the channel can infuse the IoT itself with intelligence and mix it with direct human interaction - introducing the concept of creating intelligent things.

The promise of the intelligence has helped drive significant investments in the technology market, with advances in cloud computing, artificial intelligence [AI], and mobility all lending itself to this phenomenon.

According to Gartner, the overall IoT opportunity for IT service providers is “immense”, with total services spending for the IoT sector hitting $US235 billion in 2016, up 22 per cent from 2015.

“But take a closer look and businesses will discover a path from familiar technologies, including databases, networking and endpoint management, that lead towards the IoT market.”

In building on the vision of bringing intelligence to everything, everywhere and for everyone, Rivium CEO, Robert Silver, believes intelligent things offers businesses the ability to make decisions for the future based on data collected.

As a Splunk partner focused mainly on machine data analytics, the Melbourne-based company is seeing that as technology moves forward, more capabilities are being embedded into it around predictive-based analytics and AI.

“Predictive-based analytics, in the technologies we sell and implement, bases predictions on prior behavior with the data itself,” Silver added.

“We can ingest a year’s worth of data from different environments, then start to predict what sort of things are going to happen in the future with that data. An example is our work with a utility company that generates electricity.

"The customer had a number of diesel generators explode, so through analysing that data, we understood the environment and predicted whether it was going to happen again.”

Another project Rivium was involved in with Splunk was monitoring bus networks for early, late and on-time arrivals, before correlating that against other data, such as road works data, to determine why buses were running late on routes.

According to Silver, the uptake has been high within the security monitoring space in Australia, with government, financial services and online the most popular adopters of intelligent things components.

“With these predictive solutions, we can start to do things like anomaly detection and behavior that is not considered normal based on what we’ve seen in the past,” he added.

In terms of customer uptake, Silver said conversations with customers around this topic have been seamless, especially when it comes to security, as it makes it easy for them to understand.

“If we start to apply it to other verticals like transportation and logistics, which we’re newly entering into, we can still have a security conversation with organisations like that, but predictive analytics and intelligent things can be used a lot more effectively around movement data and traffic monitoring.”

Silver said customers now want to be more educated around intelligent things and predictive analytics because they are not familiar with what can replace legacy technologies.

“It’s more about them being educated of capabilities that they’re not yet aware of,” he said. “Intelligent things help to mitigate risk before an incidence occurs – with analytics improving efficiencies, allowing to businesses think about how to use data to speed up delivery timeframes.

“The larger companies are starting to use intelligent things more effectively. But there needs to be that education for all customers, because with machine data, you don’t really know what data they have and therefore, you don’t understand what it can tell them and how it can be used to improve efficiencies.”

For PowerNET IT Solutions director and head of service delivery, Daniel Williams, businesses are learning more about intelligent things, understanding how to leverage the technology internally.

Previously however, organisations wanted to lower the costs of ownership to improve profitability, in addition to looking to do more with less to improve efficiency. But today, conversations with customers have evolved.

“It’s still in its infancy but people are understanding that efficiency now isn’t just about trying to do things at a lower cost, but trying to make things more scalable by looking at automation, and how they can apply machine learning to ensure increased productivity and efficiency.”

In recent times, Williams said technologies involving intelligent things have lent themselves to be used in the SMB space.

“A few years ago, this was something only for enterprise,” he said. “Now, SMBs have it in their reach and it can be applied to them.”

Having operated across the public transport, logistics and retail verticals - through key vendor partnerships with Fujitsu, Sophos and Datto - PowerNET IT Solutions recently struck a customer deal to provide security-based solutions.

“It was designed to protect them from ransomware and CryptoLocker threats,” Williams explained.

“It goes beyond your firewall or anti-virus in putting in a third layer intelligent solution that uses machine learning to look for behaviours on their systems, responding to them and proactively preventing a threat.

“This provided the assurance that there were tools in place capable of actively monitoring systems rather than dealing with the consequences of not catching one when it occurs.”

“Businesses are far more informed now and know that you can never have complete protection, so they’re looking for more innovative and intelligent ways to give their businesses the added advantage that they need,” he said.

But Williams sees a challenge in educating clients on what is available to them in the world of intelligent things and how they can leverage that to fulfil their business requirements.

“People know about these intelligent things and have a rough idea about them, but being able to help them bring it to their business and make it relevant to them, is probably the biggest challenge I foresee,” he added.

Looking ahead, Williams believes the channel should collectively collaborate to transmit such a message to businesses, in the hope of making it a less intimidating topic to discuss.

“It remains to be seen, and will be different for every industry, but it’s an always-on source of information and businesses should focus on how to use it,” he added. “There’s plenty that the channel can do in this space going forward.”