Industry speaks up against Turnbull’s abolition of 457 visa 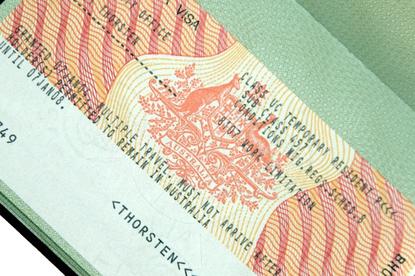 On 18 April, the Australian Prime Minister, Malcolm Turnbull, flagged plans to abolish the country’s subclass 457 visa program, which the IT industry has been leaning on heavily to recruit skilled workers from overseas.

As expected, then local IT industry has had some things to say about the move to abolish the program, saying that the 457 visa has been vital in bringing in talent for jobs within the tech sector that are in demand.

A recent study by SolarWinds found that Australian organisations are facing an IT skills gap and increased complexity driven by today’s hybrid IT environments, even as they are working build and expand cloud roles and skillsets for IT professionals.

Specifically, 48 per cent of those surveyed said they do not believe IT professionals entering the workforce now are equipped with the right skills to manage hybrid IT environments and 59 per cent said an IT skills gap was one of the five biggest challenges of managing cloud and hybrid IT.

In addition, 61 per cent of IT professionals indicated that hybrid IT has required them to acquire new skills, while 12 per cent say it has altered their career path, and 49 per cent also reported their organisations have either hired or reassigned (or plan to) IT personnel for the specific purpose of managing increasingly complex hybrid IT environments.

IT personnel entering Australia on a 457 visa help alleviate these problems.

Xero Australia managing director, Trent Innes, said the biggest risk facing Australia’s technology industry is a lack of talent and that abolishing the 457 visa has the potential to limit the opportunities of the world’s best and brightest tech workers, make Australian-based tech firms less competitive, and severely hinder the growth of the nation’s tech industry.

“If companies can find skilled, local engineers and developers, they’ll hire them. If we can’t train, locate or import the talent, skilled technology jobs are at risk of moving offshore,” he said.

Even with Xero committing to fostering local talent – through teaching kids to code, working with universities and government to help modernise policy and curriculums and retraining and upskilling Australians – Innes said being built on a global platform requires global talent.

“With more than 1,600 employees, including several hundred in Australia, and customers in more than 180 countries, our business success, like many others, is built on being a global platform.

“This requires the ability to bring in the best talent from around the world and have our employees work where they want and need to. If we’re going to build jobs for our kids, we need to build next generation companies at scale,” he added.

He also mentioned that wrapping jobs in red tape sends a message to the world that Australia isn’t open for business.

“Any move to limit the ability to attract world-class talent has the potential to not only impact the way we work, but also the values on which our business is built. It could lead to an exodus of jobs and talent - neither of which are good for the Australian economy.”

Gruden CEO, Tim Parker, said as a technology company, it has been heavily dependent on 457 visas to provide the “top quality, qualified talent” it needs to deliver digital transformation to its clients and that abolishing the 457 visa will impact Australia negatively.

“With a number of our staff on such visas we applaud the grandfathering of existing 457s, as we do the intent to provide training to nurture local talent. However given that many countries have been teaching coding in kindergarten for a decade or more, Australia is well behind in the tech talent stakes.

“Therefore, we will continue to require imported talent in the short-term, and hope the new arrangements recognise this need. Otherwise the imperative to offshore our software development could increase at the expense of the local economy,” Parker said.

The IT Professionals Association (ITPA) president, Robert Hudson, said the organisation has some concerns as there are some "serious anomalies in the IT industry" under the existing 457 visa system.

"For that reason, we think that the proposed changes don’t go far enough and we also feel that there is a need for much more transparency to be applied to the application process, the involvement of visa agents and the granting of visas to successful applicants."

He added that many IT jobs have now been removed from the list of roles that are eligible to apply for 457 visa, but there are still many that should also be removed, such as ICT customer support officer, network administrator and systems administrator.

"These roles are all tradition industry entry points for IT graduates many of whom are currently finding it hard to find work in the industry. Is the government seriously suggesting that it is not possible to source IT support officers and network managers in Australia?" he questioned.

Instead, he suggested that IT organisations need to be discouraged from employing cheaper overseas personnel for these roles and instead be encouraged to set-up internship relationships with tertiary education institutions where these skills can be taught on the job.

He also claimed that the government should be providing incentives for Australian IT organisations to employ local graduates and provide them with continuous on-the-job training.

Transparency is another important component of a better skilled visa program that Hudson said needs addressing.

"We understand that IT is a complex industry and that some skills will always have to be supplemented with overseas personnel as the skills are not available locally.

"The IT industry is one of the largest contributors to 457 visa growth and exploitation. Details are still very thin on just what the Government intends to do to make the skilled worker visa system more transparent and fair but we generally support this latest political rhetoric that says changes are required," he added.

However, it is important to note that majority of jobs that were applicable for the 457 visa are still covered by the new Temporary Skill Shortage (TSS) visa that will replace it, even though they don’t necessarily lead up to be applicable for permanent residency.

According to Turnbull, the new visa set to replace the 457 visa, the Temporary Skill Shortage Visa, is aimed at better targeting genuine skills shortages, including in regional Australia.

“It will include new requirements, including previous work experience, better English language proficiency and labour market testing. To help train Australians to fill skills gaps, we will also establish a new training fund.

The professional association for Australia’s ICT sector, The ACS, has welcomed changes to skilled migration policy in Australia, following the Turnbull Government’s plans to abolish the Subclass 457 visa in favour of the new TSS visa, claiming it is as a measure to address genuine skills shortages in Australia.


It mentioned that the aim of the new TSS visa is to ensure Australian workers have priority to Australian jobs, while at the same time ensuring Australian businesses have access to temporary and critically needed talent.

“Strengthening labour market testing was one of ACS’ key recommendations in our May 2014 submission to the Independent Review of Integrity in the subclass 457 programme. We are pleased to see this is a key focus in the Prime Minister’s announcement," ACS president, Anthony Wong, said.

According to Wong, the new TSS visa will include a "strengthened training obligation" for employers sponsoring foreign skilled workers to provide "enhanced training outcomes" for Australians in high-need industries and occupations.

“While labour market testing and training benchmarks have previously existed in the 457 visa framework, we see tightened criteria under a TSS programme as an important signal that the Turnbull Government understands the need to treat Australia’s human capital as a strategic asset as we expedite our transition to the digital and knowledge-based economies,” Wong said.

“Skilled migration in all its forms should be a source of competitive advantage for any country. It should never be at the expense of the domestic labour market and attracting full workforce participation.”

The implementation of the new reforms is expected to be completed in March 2018.