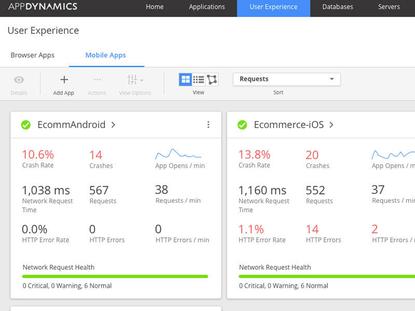 Cisco’s AppDynamics this week rolled out a developer toolkit that will let corporate development teams quickly build and measure the business impact of Web and mobile applications.

The AppDynamics Developer Toolkit will feature a variety of languages and diagnostic tools that let application teams measure the business impact of new programs.

“We expect that the developers toolkit will help customers take real-time application performance data and tie it to business outcomes,” said Matt Chotin, product marketing chief at AppDynamics “It will help enterprises break down silos, become more collaborative and get DevOps more involved in making the business innovative.”

+More on Cisco software from Network World: Has Cisco broken out of the network hardware box?+

Other key features include:

Unique Crashes in Business iQ — New crash reports in Business iQ, which is the engine for its central App IQ Platform, correlate app crashes to business metrics like conversion rates, revenue or anything else the business tracks. Now app teams have new visibility into crashes so they can prioritize fixing the issues that matter the most to the business.

Mobile Scorecard — Major updates to the mobile scorecard show the metrics that matter, at a glance. The new mobile scorecard makes it easy to see crash rate, number of crashes, network request performance, and error rates for every mobile application.

The AppDynamics Spring ‘17 Release is expected to be available now.

The release is the first upgrade rolled out since Cisco closed its approximately $3.7 billion deal for application analytics specialist March 22. AppDynamics is expected to give the networking giant a nice revenue stream and bolstering its software strategy.

“AppDynamics is special for a number of reasons. It is the largest acquisition we’ve announced since Cisco’s new leadership team was announced 22 months ago. At the time of the IPO, AppDynamics was on track to be the fastest growing publicly traded company in the enterprise software space. AppDynamics represents a great step forward in both our digital transformation and that of our customers and partners. Combining AppDyanmics’ unparalleled analytics with Cisco’s incredible global reach will enable us to accelerate AppDynamics’ success and broaden Cisco’s software offerings, a key area of investment and growth for us,’ wrote Hilton Romanski, senior vice president, Chief Strategy Officer for Cisco in a blog post at the time of closing.