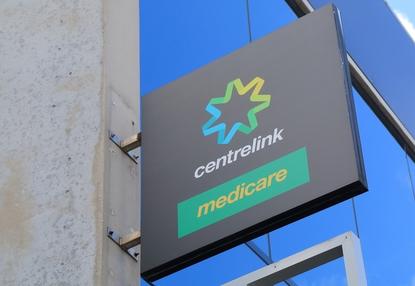 Accenture has been named as the preferred supplier to provide system integration services for the next phase of the Federal Government’s landmark Centrelink payment IT systems overhaul.

The new contract, which remains subject to commercial negotiations, follows a competitive procurement process, and sees Accenture beat out the handful of other system integrators appointed to the panel of suppliers for the project - most notably Capgemini, with which it had been competing for the project since last year.

The deal represents a major step in the progress of the leviathan Welfare Payment Infrastructure Transformation (WPIT) program, a multi-year project that is expected to cost upward of $1 billion, aimed at overhauling the Department of Human Services’s (DHS) ageing welfare payments IT systems.

In October last year, Minister for Human Services, Alan Tudge, announced that that the two highest-ranked tenderers in the project, Capgemini and Accenture, had been invited by the Department to participate in a “competitive dialogue”, subject to commercial negotiations.

In November, IBM and Hewlett Packard Enterprise (HPE) were added to the Government’s panel of IT service providers that will help undertake the overhaul of the Centrelink payments IT system.

“Through the Systems Integrator tender process, we have also invited IBM and Hewlett Packard Enterprise into negotiations to join Capgemini and Accenture on a panel of systems integrators,” the Department said in a statement at the time.

Now, with the new deal underway, Tudge said he looks forward to working with Accenture to deliver a “truly modern welfare system”.

The DHS said it will work with Accenture and “other strategic partners” to deliver key projects that significantly "improve the way $100 billion in welfare payments are delivered to millions of people each year".

The work will include a new online user interface to make it easy for people to navigate the system, a new payment utility that will deliver payments to recipients faster using modern technology, and the design of the end-state technology solution for future phases of the WPIT program.

These projects will run alongside the work already underway as part of the WPIT Program, to streamline and speed up the process of applying for and receiving welfare payments.

Already, according to Tudge, Australian students are seeing faster and more streamlined services due to the WPIT project, with processing times for Youth Allowance and Austudy claims cut by almost 50 per cent.

“The great improvement this year in student payments processing is only the beginning of what we are aiming to achieve once WPIT is fully rolled out,” Tudge said.

Additional technology will be progressively rolled out to other payment types with new applicants for carer payments set to be the next group to benefit from improved processes, the Department said.