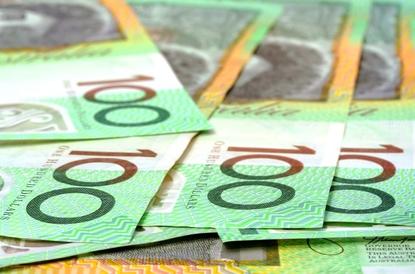 Innovative IT providers populating the small end of town in Queensland could soon get a financial boost from the state’s government, as it pledges additional funding for its Testing Within Government (TWiG) program.

The state government announced on 20 March that it plans to pump a further $275,000 into the second round of the TWiG program, aimed at encouraging more startups and small businesses to collaborate with government on IT solutions.

According to the Queensland Government, the program is also aimed at helping small to medium-sized enterprises improve the positioning of their IT products to address business problems.

The program is aimed at IT providers that have developed a product which is at, or beyond, minimum viable product, and is able to address any one of a several business problems outlined by the government, and preferably be a software-as-a-service solution.

“Government departments will benefit by having small, specialised firms apply innovative thinking to technology challenges, and TWiG participants get to work directly with end users to perfect their product and better understand how to work with large enterprises in the future,” Queensland Minister for Innovation, Science and the Digital Economy, Leeanne Enoch, said.

“Local startups and small businesses will once again work collaboratively with government officers – this time in Police, Education, Health, Transport, Local Government and Planning, environment, state development and DSITI – over the 12-week TWiG program to test their ICT solutions against real business problems.

“At the end of the program, TWiG participants will showcase their solutions and capabilities to representatives from Queensland Government and private industry,” she said.

The first round of the state’s TWiG program was launched in August last year, and saw partners address four business problems, with each participant receiving $25,000.

The second round of the program will see eight agencies involved, looking for innovative IT solutions to solve up to 11 business problems.

Among the previous TWiG participants is workflow management solutions provider and Microsoft partner, FlowBiz, which worked with online map integration provider, MacroGIS, to solve one of the business problems outlined in the first round of the program.

FlowBiz CEO, Terry Sinkinson, said that the project acted as a launch pad for their app to crowdsource mobile coverage data, while also helping the companies refine other products.

“We were really pleased with the support and level of openness and information sharing government officers gave us,” he said.

“As a result, we have a much better understanding of what large organisations want in the IT arena and how to work with them on a solution – which would have been difficult for a small business like us to assess before this program.”

A TWiG information session will be held in Brisbane on 27 March, with the 12-week program set to start in early June 2017.

Participants’ products must address one of the following problems in an “innovative way”:

The state government's renewed focus on smaller technology providers comes as the Federal Assistant Minister for Cities and Digital Transformation, Angus Taylor, reveals his plan for a push into the small end of town, engaging smaller IT partners for smaller projects.

Taylor said that, through the Government's Digital Marketplace platform, traditional IT tenders could be broken up into smaller projects to allow smaller organisations a better chance at winning contracts.

“What we are positioning the Government to do is manage risk better than any government in the past, deal with the issues expeditiously, increase the likelihood of success for projects and learn from our mistakes,” Taylor said.