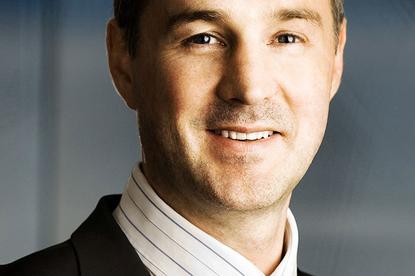 The CBRS Alliance, which promotes LTE services in the shared 3.5 GHz Citizens Broadband Radio Service band, is riding high after signing up all of the Big 4 U.S. carriers, plus Samsung, and then seeing a slew of CBRS activity at the recent Mobile World Congress event in Barcelona.

Neville Meijers, VP of business development at Qualcomm Technologies and chairman of the board for the CBRS Alliance, says “there’s a lot of interest in the combination of unlicensed and shared spectrum” for a number of use cases being tested for public and private services.

I caught up with Meijers shortly after MWC to get up to speed on the latest CBRS action.

(FOR MORE ON CBRS: CBRS — Your ticket for a private enterprise LTE wireless network | What in the wireless world is CBRS? | The wireless spectrum sharing mover and shaker you might not know)

How’d you get roped into being the chairman of the alliance?

I was one of the founding members and I’ve been driving the MulteFire Alliance.  We’ve found a lot of interest with MulteFire in the private IoT space, companies really wanting to leverage the benefits of LTE, the security and mobility and performance, enhanced coverage, quality of service and that definitely translates into 3.5 GHz in the U.S. as well. You may have seen our announcement made just ahead of Mobile World Congress with Nokia and GE that we’re focused on doing some trials around private IoT networks in 3.5 GHz in the U.S. and later on in the MulteFire spectrum outside the U.S. It really is a band that’s going to help provide innovation around different service models with respect to licensed band technology that was exclusively available only to the mobile network operators or operators who had licensed spectrum.

What’s your basic definition of CBRS?

We’re talking about a band of spectrum that is occupied by a few incumbents, including the Navy, but they don’t use the spectrum all of the time or across the entire country and they don’t use all of the spectrum when they do use it. So the ability to then put a model in place that allows other folks to get access to that spectrum when it’s not being used by the incumbent is a means to open up spectrum on a shared basis. And if you can put in place the right technology, including the [Spectrum Access Server (SAS)], which is essentially a spectrum allocation server model, as well as an environmental sensory network that senses when the Navy, for example, is using it, then that actually allows others to take advantage of that spectrum when it’s not being used.

So this new innovative mechanism [for spectrum sharing] was approved by the FCC and is now being driven into the market by the CBRS Alliance. And the alliance is focused on LTE-based technologies – not just LTE-TDD but also the ability to use the spectrum if you have licensed spectrum for example, with LAA (Licensed Assisted Access), the ability to pair licensed spectrum with shared spectrum and do carrier aggregation. I would categorize it as a band that is not exclusively for those who already have licensed spectrum but can be made available to anybody who wants to utilize the spectrum in a way that will enhance their business prospects or introduce new services.

How does CBRS relate to 5G wireless?

From a deployment timeline we’re looking at companies starting to deploy (4G LTE services) in the second half of 2017, so this is a near-term opportunity. That’s not to say that in the future somebody who wants to get access to the band for 5G couldn’t use 5G in the band. There is no exclusive use of the band for any particular type of technology. It’s technology agnostic.

Are there any concerns about what the newly configured FCC might do related to CBRS?

I don’t have concerns. They’ve been very supportive in moving the band forward with respect to getting the actual devices approved and working with another forum, the WInnForum, to put in place the right process to do that.

I know the CBRS Alliance has announced that the Big 4 U.S. carriers have joined, but is there any sense of whether we're mainly going to be talking about the same-old, same-old companies taking advantage of this spectrum, or will newer companies too?

All the big cable companies are part of the CBRS Alliance, the big infrastructure vendors, a number of smaller companies. We announced that we are working with GE and Nokia on private LTE IoT networks. There's a lot of interest from industrial companies in leveraging the spectrum in a private setting where you're not necessarily reliant on a public network for connecting devices and people. There are going to be multiple use cases.

What should enterprise IT shops be paying attention to regarding CBRS?

There are a lot of device manufacturers who are interested in CBRS and providing different device types, whether it be connected laptops or tablets or communications devices within a private setting. So a medium or large enterprise could set up a private network for its own connectivity use cases for its staff, whether that’s in a warehouse setting or a logistics hub or a remote location or a large carpeted enterprise.

I understand CBRS is mainly a U.S.-focused effort, is that correct?

That is correct, because of the nature of the band. In other markets there is a lot of fixed wireless being used in the band and some of those operators will be moved, and I believe parts of the world are allocating 3.5 GHz to be used for 5G.  So I think the U.S. is in a particular situation largely because of the historical incumbents who have occupied the band vs. other markets where the band is occupied by more commercial players. So governments are looking at how to allocate that spectrum to 5G moving forward.

But even though this is a U.S. effort, people from all over the world are watching, right?

That is absolutely correct. There is really very little spectrum under 6 GHz and even in millimeter wave that can be cleared very quickly and licensed out. So the shared model is one that a lot of regulators are looking to the U.S. on the CBRS band to actually prove out. And if we are able to prove out that people can utilize the spectrum efficiently and fairly, then I think a lot of regulators would be extremely interested to deploy the same kind of model to free up shared spectrum in their own markets, whether it be in LTE or 5G in the future.