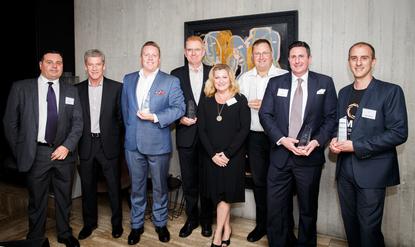 Revealed at a glitzy bash in Sydney, the first StorageCraft Partner Awards locally saw ASI Solutions take out the Partner of the Year award, with Soft Solutions New Zealand named Distributor of the Year.

According to StorageCraft sales director, Marina Brook, the StorageCraft Partner of the Year has come a long way in transitioning its business model.

“Historically, they were seen as a very successful hardware reseller, but have since shifted to a service-oriented and complete solution specialist, due to their forward thinking and thought leadership,” Brook told ARN.

“In the past two years, through the StorageCraft MSP program, they have grown 221 per cent with a key focus on cloud services. With continued success in their business, I expect to see them drive their MSP revenue to new heights in 2017.”

“StorageCraft would like to recognise Webroot for their outstanding commitment to our common partners within Australia,” Brook added.

“As a complementary technology, they have consistently aligned with StorageCraft in education, training, hosting webinars, joint roadshows and articulated clear communications in the Australia and New Zealand channel.”

“This award goes to an outstanding member of the StorageCraft community,” Brook added.

"This gentlemen spends countless hours selling our products and providing a holistic service and thought leadership to our customers.

"We look forward to supporting you in your efforts as we expand our products and grow the channel even further."