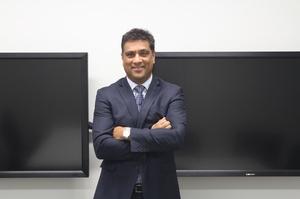 Empired (ASX:EPD), has been selected to deliver cloud services in a $15 million five-year contract as part of the Western Australian (WA) Government’s GovNext-ICT program.

In late 2015, the WA Government released a tender requesting a whole-of-Government solution for cloud-based ICT infrastructure-as-a-service. The process resulted in three prime contractors - NEC Australia, Datacom and Atos - being selected as part of the wider GovNext-ICT contract.

Empired has been chosen as a key subcontractor - part of the contractor consortium - within the scope of the contract to provide the “core collaboration functions” in a cloud environment across the whole of the WA Government.

“We are delighted to have been selected as a key player in providing services with NEC to the WA State Government under the GovNext-ICT framework. This award is testament to Empired’s capability and investments in cloud-based services,” said Empired managing director, Russell Baskerville.

However, Empired said that the value of the deal could be more than the estimated $15 million, based on government uptake and the provision of additional services within the scope of the contract.

The service will be provided on a per-user per-consumption basis and, according to Empired, it has the potential to scale beyond 140,000 WA Government users based on agency take-up of the Western Australian GovNext-ICT platform.

“We are excited about this strategic and unique opportunity to deliver cloud services across WA Government. Given our ICT capabilities, Empired is well placed to provide broader cloud-based solutions as the GovNext-ICT framework evolves,” Baskerville added.

GovNext-ICT is an Office of the Government Chief Information Officer (GCIO) program that aims to provide Government with the enabling infrastructure upon which the DigitalWA strategic outcomes will be delivered, through simplifying its technology environments and better connecting them together.

According to the Government, the GovNext-ICT will enable agencies to simplify the public sector ICT environment, resulting in less complex projects that are more likely to succeed, lower costs and reduced duplication and waste.

The strategy aims to connect agencies through a common network and access to improved communications, increasing in-house collaboration and data sharing in the process.

“GovNext-ICT will enable government to move from its capital intensive, infrastructure-centric ICT operating model to an as-a-service, consumption-based operating model,” said GCIO CTO, Andrew Cann, via a Government announcement at the time of launch.