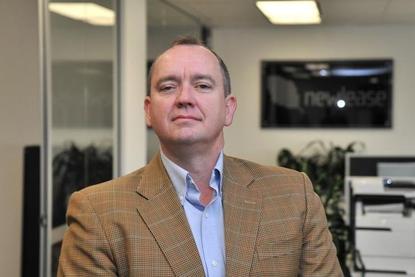 Rhipe continues to bolster its public growth footprint outside of Australia and New Zealand, tapping into lucrative overseas markets as it bids to realise the potential of Asia.

Revealed during first half year financial results for 2017, the cloud distributor is expanding across the region through leveraging existing vendor partnerships, chiefly through Microsoft.

The Microsoft distributor was awarded Services Provider License Agreement (SPLA) and Cloud Solution Provider (CSP) licenses for South Korea in early 2017, a market which is second only in size to Australia in Asia Pacific (APAC), excluding Japan, for SPLA.

The agreement comes after the distributor was appointed to the Microsoft CSP Program across Singapore, Malaysia, Thailand, Philippines and Indonesia in July 2015.

As a result, moving into Korea - which will form an expansion platform into other North Asia countries such as Japan - is planned for the second half of the financial year, with rhipe planning to leverage its “intellectual property and operational capabilities” to set up shop in the region.

Therefore, rhipe said it is currently “exploring potential partnerships” in Korea with the goals of fast-tracking sales growth and minimising start-up investment costs.

According to ASX filings, the company is expected to invest $500K over the first 12 months to establish a market in the country, with no significant financial impact expected in FY17.

By 2020, 50 per cent of net new IT spend will be cloud based across the region, with 80 per cent of CSP seats expected to be sold by indirect (wholesale) provides such as rhipe.

According to the report, rhipe is currently capturing 40 per cent of the addressable market, tracking as number one in APAC as a result.

Currently, Australia, South Korea, Japan and New Zealand are the most attractive cloud service brokers due to size, demand drivers and government support, with other smaller South East Asia (SEA) economies expected to deliver greater potential in the long-term.

During the period, the company reported revenue growth from customers based in SEA of 75 per cent and 29 per cent in New Zealand year-on-year, with licensing gross margin growing 15 per cent to $11 million.

Rising from $7.19 billion in 2015, by 2019, Gartner predicts that total public cloud services spending in the mature APAC region will rise to $12.4 billion.

Within this market, Software-as-a-Service (SaaS) is fastest growth segment of the public cloud services market in the mature APAC region with a projected growth rate of 22.5 per cent, and a revenue projection of $1.67 billion.

“Organisations are pursuing a cloud first strategy focused on migrating software applications to the cloud driving this growth.”

Nag said the growth in cloud management and security services is testimony that cloud related services, in addition to the core cloud services, are critical to cloud adoption.

“Organisations will look for increased automation and management of these cloud assets, as well as focus on the security aspects of consuming public cloud,” he added.

More generally speaking, for the half year ended December 31 2016, rhipe reported revenue of $72.5 million, up nine per cent year-on-year with licensing revenue up 12 per cent at $70 million.

In addition, rhipe delivered a net profit of $15K compared to a net loss of $772K in the prior year, with the company’s return to profit following a period of “significant investment” overseas, particularly SEA through the Microsoft CSP program.

According to financials, the significant majority of the company’s revenue during the half year came from monthly annuity based licensing revenue generated from more than 2,000 technology service provider customers.

The growth has been primarily driven by the company’s ‘tail’ customer base - excluding the largest top ten customers - which provides more than 90 per cent of gross margin, growing more than 20 per cent year-on-year.

Following such strong growth rate, gross margin in licensing also increased slightly from 15.2 per cent to 15.8 per cent.

Specifically, rhipe reported licensing revenue growth of 12 per cent year-on-year with growth of more than 20 per cent in the more profitable tail customers.

Meanwhile, strong growth in CSP operations with revenue of $5.2 million in six months compared to $0.5 million in the prior year comparative, with a current annualised run-rate revenue of more than $14 million.

Looking ahead, the distributor said revenue growth will continue to be generated by the annuity subscription based revenue streams, which benefit from new product offerings, new geographies and increased end-user cloud demand.