Melbourne IT forks out for $67M Outware acquisition

Buys out the remaining 24 per cent of the business 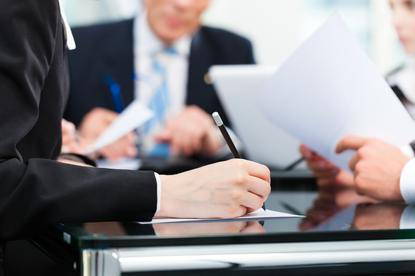 ASX-listed website hosting and domain name registration business, Melbourne IT (ASX: MLB), has bought out the remaining 24.9 per cent of app developer, Outware, to finalise the 100 per cent acquisition of the company.

The announcement of the finalised acquisition comes six months earlier than originally envisaged.

According to Computerworld, when the initial deal was struck, Melbourne IT CEO Martin Mercer told investors on an earning call that together, the company would become the leading software enabled cloud solutions provider in Australia.

“This acquisition will enable us to deliver a complete and comprehensive service. It’s firmly in line with our growth strategy,” he said at the time.

“We expect that Outware will make approximately $3.1 million earnings before interest, tax, depreciation and amortisation [EBITDA] this financial year before transaction costs of $1.7 million.”

Outware was founded in 2009 and provided services for customers by the likes of Australian Football League, Google, ANZ and Coles.

According to Melbourne IT, the earn-out has since served the company well in terms of driving a concentrated focus and growth. For the year ending 31 December 2016, Outware’s EBITDA swelled by 40 per cent on the prior year and the H2 on H1 growth recorded 57 per cent.

Since acquiring Outware, Melbourne IT also bought data and analytics solutions company, Infoready. Following the string of acquisitions, Melbourne IT’s enterprise services (ES) division has swelled to more than 300 employees with three separate practices in mobile as a result of Outware, data and analytics following the Infoready buyout and Cloud.

Melbourne IT said its growth at more than 20 per cent per annum can be attributed to its integration of the practices and the ability to offer cross practice solutions.

Following the finalised acquisition of Outware, Eytan Lenko, one of the three founders of Outware, will become the practice lead for mobile and will be responsible for driving the design and development of the business unit.

The two other founders - Danny Gorog and Gideon Kowadlo - will move into new roles in ES where they can drive critical elements of the integration and the continuing evolution of enterprise services as a whole.

Melbourne IT said specifically, Gorog will work with Melbourne IT customers to ensure they understand the combined capabilities in the ES business and Kowadlo will assume responsibility for leveraging “innovation” capabilities across all other segments in data and analytics and cloud.

At the time of publication, Melbourne IT's shares were trading at $1.94.