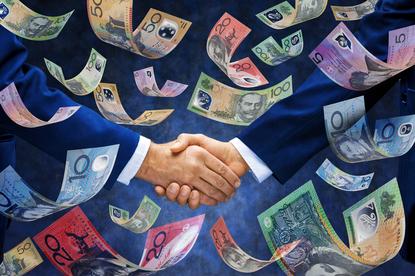 Australian cognitive computing start-up, Semantic Software Asia Pacific, has been told to compensate investors following a legal stoush that saw the company come under fire from shareholders over the continued absence of promised returns.

In a case heard in the NSW Supreme Court during February, two investors in the company, the trustees for the Ebbsfleet Superannuation Fund and the McGee Superannuation Fund, alleged that Semantic Software had breached the terms of an agreement promising to triple share value within two years of issue.

The Sydney-based company at the centre of the case started developing its semantic computing technology – a field of computing that combines elements of semantic analysis, natural language processing, and data mining – in 2012.

By 2013, the organisation had begun building its platform of data interoperability products that collect data, transform it for syntactic and semantic interoperability, and store it in graph databases for advanced analysis.

The company has since built its platform which, is comprised of several suites, two of which were released to the global market in 2016 with a plan to roll-out more suites in 2017, according to a statement on its website.

The platform is aimed at acting as a computerised research assistant to doctors, data scientists, and analysts.

In addition, the company said on its website that it expected to announce a global distribution partnership in early 2016.

However, promises to investors made while the company was raising funds to pursue the research and development involved in the creation of its platform have been thrown into question, following the continued absence of returns on investment.

In a Judgement document published on 15 February, Justice James Stevenson, who heard the case, said that the investors were entitled to compensation by Semantic Software.

“Plaintiffs entitled to damages for breach of warranty that shares in first defendant would triple in value within two years of issue and by damage suffered by reliance on representation to same effect made without reasonable grounds and thus misleading,” the Judgement stated.

The dispute stems from share issue agreements struck between the company and two investors who, via their superannuation funds, Ebbsfleet and McGee, subscribed to a combined 6.5 million shares in Semantic Software, at $0.25 each, worth a total of $1.63 million at the time.

“Ebbsfleet and McGee claim that Semantic and Mr Bradley are in breach of a promise made in each of the Share Issue Agreements that the shares for which they subscribed in Semantic would triple in value within two years of issue,” Stevenson said in the judgement document.

“Ebbbsfleet and McGee claim that far from the shares having tripled in value, they were after two years, and still are, almost worthless.

“In my opinion, Ebbsfleet and McGee have made out both of these claims and are entitled to damages accordingly,” he said.

According to court documents, the investor pack issued to the investors said that, “[Semantic] is currently selling shares to raise capital of up to $500,000 from private investors.

"We anticipate substantial returns for these investors, including a minimum three-fold return guarantee within two years as described in our Share Issue Agreement."

The information memorandum contained in the investor pack stated that one aim for the company in 2012 was to “sell the company to a US software industry leader” and that “we believe it is likely” that IBM, Microsoft, Oracle, HP or Google “will seek to purchase [Semantic] in 2012”.

Likewise, in a pre-IPO Offering document, the company – then known as Tralee Software – stated that, “shares in the company are priced with an expectation of a five-fold to ten-fold return within three years or sooner.

Investors are offered a guaranteed minimum threefold increase in value within 2 years as detailed in our standard Share Issue Agreement,” according to court documents.

The share issue agreements entered into by the Ebbsfleet and McGee contained a clause guaranteeing a number of warranties, including provisions that the shares that were the subject of the agreement “shall triple in value within two years”.

If the shares did not triple in value within two years, the clause stated, the company’s director would transfer additional shares from his personal or beneficial shareholding sufficient to effect a tripling in value of the shares the subject of the agreement.

However, Semantic’s financial statements show that it was operating at a significant – and ever increasing loss – with its only revenue being the receipt of subscriptions for shares, interest and some research and development tax incentives, according to court documents, with the company’s losses amounting to $3.1 million by the end of the 2016 financial year.

Now, following hearings in early February, the court has found in favour of the investors, whom Justice Stevenson said are entitled to damages sufficient to place them in a position as if the contract had been performed; that as if the warranty had been made good.

“Those damages are, prima facie, to be calculated so as to put Ebbsfleet and McGee in the position they would have been in had the promise…been fulfilled; namely that their shares in Semantic had tripled in value within two years of issue,” Stevenson said in the Judgement.

According to Stevenson, the court is yet to hear submissions as to the precise amount that should be awarded and whether, in exchange for an award of damages, Ebbsfleet and McGee should transfer their shares in Semantic to the company’s director.