Brisbane IT provider comes back from the brink after administration

2Sol Software went into administration in December last year. According to its founder, it's time to bounce back 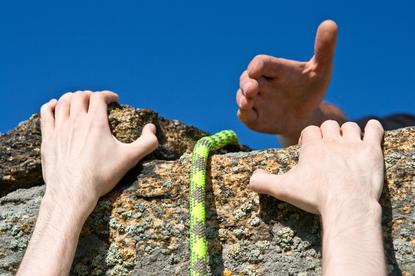 Brisbane-based IT services provider and independent software vendor (ISV), 2Sol Software, has come back from the brink after going into administration owing hundreds of thousands of dollars to creditors.

The IT software and services company was founded in 2002 and has made a name for itself creating websites and developing software systems for businesses in a variety of industry verticals, including the travel, mining, education and health sectors.

It was placed into voluntary administration on 20 December, with Brent Kijurina from Hall Chadwick Chartered Accountants appointed as administrator, and fellow Hall Chadwick partners, Richard Albarran and Shahin Hussain, coming on as joint appointees.

The company has continued to trade as it works through the administration process.

Of the company’s creditors, the Australian taxation Office (ATO) is owed the most ($631,893), while several of the company’s employees and management team are individually owed between $7,000 and $47,000, according to documents lodged with the Australian Securities and Investments Commission (ASIC).

According to 2Sol founder and managing director, Stephen Grehan, the administration came after the company wound back work it was doing for a large client to focus on developing the website for a startup company, named Doctors on Demand (DOD), in which it holds a 25 per cent stake.

“We focused all our energies on Doctors on Demand,” Grehan told ARN. “Because of the size of our team, we couldn’t do both. So we went from decent income to basically none.”

The DOD online platform aims at providing an affordable, secure, and easy to use system that helps make telehealth consultations readily available and widely accessible to both patients and health professionals alike.

Grehan is one of three co-founders of the startup, in addition to claiming a role as its CTO.

It was revealed during a creditors’ meeting on 1 February that the incorrect completion of the company’s tax returns and other financial lodgements by a former accountant compounded the cashflow issues that stemmed from the work 2Sol was doing on the DOD platform.

The accountant in question was subsequently charged with criminal offences and imprisoned, according to the ASIC documents.

When a different accountant was engaged to amend the company’s tax returns and other lodgements, in addition to bringing the company's accounts up to date, it was found that the accounts identified “significant” tax liabilities that the company was unable to recover from.

While the company was able to continue trading during the administration process, it has done so with a reduce employee footprint following the employment termination of a business development manager the company had previously brought on to help it win new contracts.

At the same time, DOD took over “certain expenses” of the company in a bid to help it stay afloat during the administration process.

Upon appointment, the company had approximately $4,500 cash at bank and, $22,000 has been realised via the continued trade of the business, according to the ASIC documents.

Now, as the company works through its administration, Grehan is hopeful that it should come out of administration shortly – perhaps even as early as 20 February.

“We’ll be out of administration within a few days,” he said. “It’s been a hard few years, but we’ll keep marching on.”