Services disrupted around the country 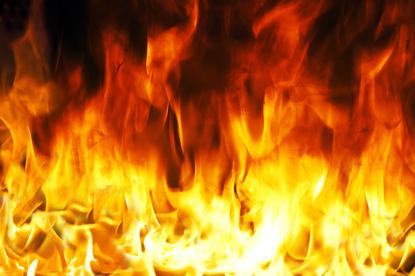 A fire at one of Telstra’s exchanges in the Sydney suburb of Chatswood has knocked out some of the company’s network services.

Customers began reporting network disruptions in the early afternoon on 2 February, with uses on real-time telecommunications network outage monitoring website, aussieoutages.com, complaining of disruptions in as many as five major cities around Australia.

At the time of writing, the network monitoring site had claimed to have received more than 6000 reports of disruption to services from Telstra customers, with complaints originating from areas as far afield as suburban Sydney, Melbourne, Brisbane, Perth, and Adelaide.

Telstra responded shortly after customer complaints started to roll in on its social media networks, taking to Twitter to answer users’ questions.

“A fire at one of our exchanges is impacting some mobile and fixed services. We're working to resolve ASAP. Thanks for your patience,” the company tweeted in the early afternoon on 2 February.

“Fire at the Chatswood Exchange has damaged power equipment. Customers’ service are impacted. More updates to come,” it said in a later tweet.

The company subsequently said that, “Some customers in NSW may be having difficulties with NBN services. We are currently investigating. Thanks for your patience”.

In response to one customer who asked on Twitter why a fire in one exchange would “put the whole nation’s mobile phones out of action?” the company said: “One of the joys of networking. If damage is caused to a main route, this will impact the whole network”.

About two hours after it started to receive complaints from customers, the company announced that technicians were at the Chatswood exchange, and were completing a full assessment of the situation.

At around 3pm on 2 February, the company said that services were beginning to be restored.

The network disruptions come after a relatively trouble-free few months that provided a period of respite for the company following a series of high-profile network issues suffered by the telco last year.

In February 2016, Telstra experienced a nationwide outage when one of its major mobile nodes went down. That outage saw services in Sydney, Melbourne, Brisbane, Adelaide, and Perth go down.

The company was hit by further outages in the months following, including issues affecting Victoria and Tasmania in March, and a business services outage leaving Jetstar passengers grounded in July.

In June last year, Telstra said it would spend $250 million on network improvements following the series of outages.

In November, the company unveiled a new strategic plan aimed at pumping up to $1.5 billion into building out its “networks for the future”.

“We are faced with unprecedented demand on our network and a world of opportunity to deliver new experiences,” Telstra CEO, Andrew Penn, said at the time.
"Network traffic over our fixed and mobile networks will grow five times over the next five years, and the capacity to support this level of traffic growth is not yet built.
“We will leverage new technology to deliver higher availability and performance, and unlock new sources of differentiation for our customers," he said.