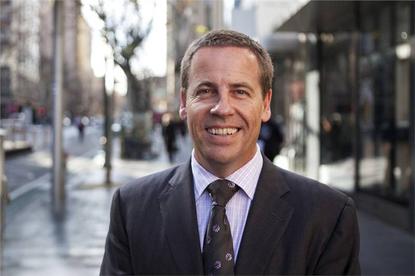 Based in Melbourne and reporting to Citrix Asia Pacific VP, Stanimira Koleva, Williamson will be charged with executing the company’s corporate cloud strategy, and delivering consistent growth across all sectors of the local business.

“It has been a great time for me to come on board,” Williamson told ARN. “We had our global summit in the second week of January that involved not just the entire internal Citrix organisation, but also our partner community so it was a great entry into the company.

“One of the key focus areas for me is increasing, strengthening, and furthering that partner engagement," he said.

In the new role, Williamson will be working with the company’s specialist and general partners to improve their capabilities and also looking to acquire new partners.

Citrix plays in a number of areas including cloud, networking and collaboration, but for Williamson, there is potential for growth across the entire portfolio in A/NZ.

“The A/NZ marketplace, particularly at mid-market but also at the top end, are mature buyers,” he said. “They expect a value proposition and they are not buying so much on price or pure technology capability so I think our opportunity is that broad portfolio.”

The appointment is the latest regional executive hire from the vendor, with Koleva herself having joined Citrix in August 2016 as reported by ARN.

At that time, Citrix worldwide sales and services vice-president, Carlos Sartorius, said that Koleva’s deep knowledge of the Asia-Pacific and Japan region and familiarity with key partners, such as Cisco and Microsoft and their eco-systems, combined with her strong leadership skills and results-oriented perspective, would help drive the company’s Asia Pacific and Japan business forward.

Williamson replaces David Rajkovic, who had been acting area vice president for the region since April 2016.

While at Cisco, Williamson held various roles including VP of A/NZ and VP of APAC. He also sits on the board of Fed Square in Melbourne and has been recognised as a fellow of Engineers Australia.