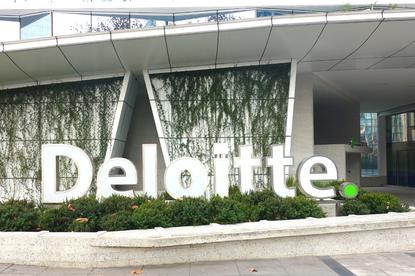 Forecasting a year of industry breakthroughs in spaces such as indoor GPS navigation, self-driving vehicles and biometric security, Deloitte leader of TMT practice, Stuart Johnston, predicts no other phenomenon to be as widespread as machine learning.

According to Johnston, the 84 per cent of Australians who own a smartphone, are unawares to the fact that they now have a ‘super computer’ in their hands, equating to more computing power than they realise.

”Machine learning is the megatrend: its application and influence, particularly on our mobiles, will be improving all parts of our lives in 2017,” he said.

Deloitte predicts that globally, more than 300 million smartphones will have machine learning capabilities, allowing computers and mobiles to adapt services according to new data without being explicitly programmed.

“Machine learning is paving the way for a unique era in functionality, personalisation, and connectivity with other devices through our smartphones,” said Johnston.

“It is enabling us to have a personalised computer in the form of a smartphone in our hands, with individualised services provided with or without connectivity.”

For example, Johnston pointed to machine learning programs currently existing within smartphones, such as predictive text, suggestions for the application you want next, and increasingly enhanced biometrics such as voice and facial recognition.

“Emerging technologies powered by machine learning that are likely to shape the 2017 landscape include programs that determine users’ moods and emotions through pressure sensors, make health and life predictions using health data, and detect surrounding objects; all using the computing power that is native to the device,” he added.

Whilst machine learning reigns as the supreme megatrend - a result of high smartphone ownership - Deloitte also predicts the phenomenon of “the great indoors” to be a new frontier in 2017.

According to Johnston, “the great indoors” encompasses indoor connectivity, personalising the experience and navigation.

“Given that we spend 90 per cent of our time indoors and collectively use billions of objects under a roof, Deloitte predicts that the impact of indoor navigation is expected to be similar or greater to the impact of outdoor digital navigation,” he said.

According to Deloitte, improvements in the accuracy of indoor navigation technology, an array of positioning data, improved analytical tools, indoor Wi-Fi routers, and supporting beacons are all technologies contributing to growth.

The analyst said that Australian retailers and shopping centre owners have been quick to adopt such technologies and will continue to do so.

“Indoor technology is helping to redefine the shopper experience to find goods, remove the need for a check-out, improve real-time logistics, and receive broadcast messages as they walk past shops,” said Johnston.

“Given their ready adoption, the use of beacons in Australian retail stores might be a useful counter to the technology-enabled shopping experiences provided by retailers such as Amazon in their Amazon GO stores.”

Deloitte consulting and TMT partner, Stuart Scotis, added that IT-as-a-service is also set to explode in 2017.

By the end of 2018, the analyst firm predicts that spending on IT flexible consumption models for data centres, software, and services will be just under $US550 billion worldwide. This represents a rise of more than 50 per cent from a forecast 2016 level of $US361 billion.

Scotis said the Australian experience is consistent with the global trend, whereby Asia Pacific IT consumption models are also growing, but appear to lag United States-based models by around 12 months.

“Technology as a whole is increasing its spend across industries in Australia, and further growth is expected,” Scotis added.

“2017 will see the continued movement to the consumption based models as CIOs continue to see the speed and flexibility together with the potential cost savings become increasingly attractive to a widening technology landscape.”

“We expect a hybrid model to remain for some time both in Australia and globally, but the trend will be towards flexible consumption.

“This will be driven by growth in consumer and small business adoption of flexible models increasing pressure on large enterprise to use or offer it as part of their product set,” he said.

The analyst's latest predictions follow on from a slew of predictions by other analysts and technology companies alike about what 2017 will hold in terms of breakthrough and influential enterprise tech.

Deloitte is not alone in holding machine learning up as a major trend for this year, with Gartner also placing the technology, along with artificial intelligence on its top trends to watch for 2017.

Other technologies that should be on IT channel partners' radars this year, according to a variety of analysts, are adaptive security architecture, virtual reality and augmented reality, and open source software.