D-Link hits back over allegations of poor security 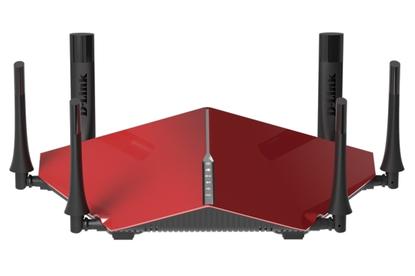 Taiwanese networking equipment manufacturer, D-Link Systems, is set to hit back against the US government’s accusations of poor security practices with the help of non-profit organisation, the Cause of Action Institute.

The institute, which refers to itself as a “non-partisan government accountability organisation,” revealed on January 10 that it would represent D-Link against what it refers to as the “unwarranted and baseless charges” by the US Federal Trade Commission (FTC).

The move comes just days after the FTC filed a complaint against D-Link and its US-based subsidiary, alleging that inadequate security measures taken by the company left its wireless routers and internet cameras vulnerable to hackers and put consumers’ privacy at risk.

“The complaint filed today is part of the FTC’s efforts to protect consumers’ privacy and security in the Internet of Things (IoT), which includes cases the agency has brought against ASUS, a computer hardware manufacturer, and TRENDnet, a marketer of video cameras,” the FTC said in a statement published on January 5.

Now, the Cause of Action Institute is not only questioning the validity of the FTC’s claims, but is also voicing concerns over what such allegations and their resulting lawsuits might mean for technology companies in general.

“It sets a dangerous precedent for the federal government to go after a good company and put American jobs at risk without a single instance of actual or likely consumer harm,” Cause of Action Institute assistant vice-president, Patrick Massari, said.

“This lawsuit is another instance of the FTC’s unchecked regulatory overreach. If the FTC can bring a lawsuit on the mere potential of a data security breach, nearly every company will be subject to unconstrained and unexplored data security liability.

“Such limitless liability coupled with FTC’s history of unrelentingly litigious oversight will no doubt have a chilling effect on innovation in the Internet of Things,” he said.

For D-Link chief information security officer, William Brown, the move by the Cause of Action Institute comes as a welcome development.

“We are pleased Cause of Action Institute will be joining our fight against these false allegations,” Brown said.

“We are committed to protecting customer security, which the complaint affirmed by citing no actual data breach. Global connectivity relies on an unfettered commitment to security; we will continue to maintain and enhance the integrity of all D-Link Systems products,” he said.