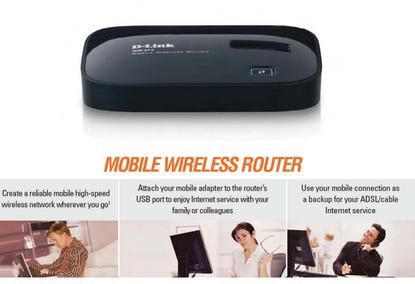 A Federal Trade Commission attempt to rein in a poorly secured IoT device is raising questions over whether the U.S. regulator has the power to crack down on vendors suspected of shoddy practices.

On Thursday, the FTC filed a complaint against Taiwanese manufacturer D-Link Systems that charged the company’s internet routers and web cameras can easily be hacked, putting consumers at risk.

But the FTC’s complaint doesn’t cite evidence that the products have been breached, only the potential for harm to consumers.

That’s among the reasons D-Link is contesting the complaint. “Notably, the complaint does not allege any breach of a D-Link Systems device,” it said in a statement.

"Instead, the FTC speculates that consumers were placed 'at risk' to be hacked, but fails to allege, as it must, that actual consumers suffered," the company said.

No harm, no foul? That’ll be a key question as a federal court examines the case, said Jeremy Goldman, a partner at law firm Frankfurt Kurnit Klein & Selz who specializes in digital law.

“This usually doesn’t happen. Most of the time, there is a settlement made with the FTC,” he said. “But with D-Link fighting back, there is a real question over the scope of the FTC’s power.”

The action comes as cybersecurity experts warn of the dangers posed by poorly secured internet-connected devices. Hackers can easily take them over to steal a consumer’s data or infect them to form botnets that can be used to take down websites.

The FTC said on Thursday it was very aware of the potential dangers, and so decided to sue D-Link, an alleged offender that produces wireless routers, web cameras and other products.

The FTC alleges D-Link’s promotional materials deceived consumers into thinking the products were secure, when they actually contained vulnerabilities. But no U.S. law defines what constitutes a secure router or web camera.

“You can’t really hold people accountable, when no one knows what the law is doing,” he said.

Under the FTC’s logic, any company, from D-Link to Microsoft to Cisco Systems, could be sued for promising security in their products but failing to address vulnerabilities, he said.

The FTC has been taking an aggressive stance in promoting better security standards under the Obama administration, said Goldman at Frankfurt Kurnit Klein & Selz. The complaint against D-Link a warning shot at the IoT industry, he said.

“Right now there are no U.S. laws that set the minimum level of security for these devices,” he said. “So the FTC is trying to fill those gaps in the name of protecting consumers.”

But the commission still might face legal difficulties in holding D-Link accountable for its products.

"You have to show probability of harm," he said. "That's where the battle is going to be."