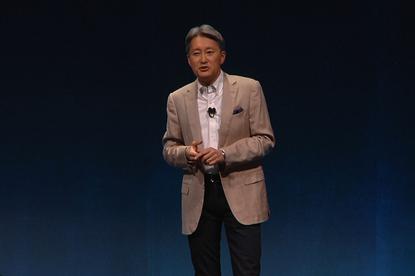 The PlayStation VR is Sony's biggest and boldest push yet into virtual reality, but consumers can expect more from the company in the TV and music realms, its CEO said in Las Vegas on Wednesday.

"With PlayStation VR, we were able to provide you dramatic, transformational gaming experiences and our ambitions for VR are not limited just to gaming," said Kaz Hirai at a news conference at the CES show.

Alluding to the company's strengths in television, music and movies, he said he believes Sony is well positioned to enhance how consumers experience these products.

As an example, he cited a recent project by Sony Music in which a VR experience was created with music by Kygo. It launched on the PlayStation Store on Wednesday for US$1.99.

Sony hasn't so far announced any additional VR hardware beyond the PlayStation VR and that requires a PlayStation 4 console.

On the PlayStation 4, Hirai said Sony sold 6.2 million of the console over the holidays to take cumulative sales of the device to 53.4 million as of January 1.

"It's momentum is very strong," he said.