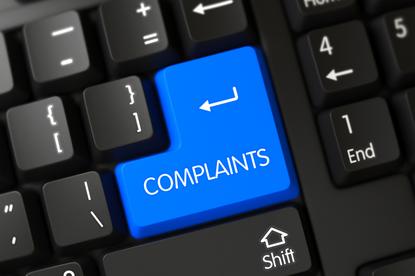 Samsung Electronics has topped the final NSW Fair Trading complaints register tally for the year, with the company being the subject of 28 consumer complaints in the month of November.

According to NSW Fair Trading, 20 of the complaints it received about Samsung Electronics products were related to mobile devices. At the same time, seven complaints were associated with Samsung appliances, and one was about media systems.

2016 saw the company hampered by major product problems, including the high-profile recall and discontinuation of its flagship Galaxy Note7 smartphone after battery issues caused some units to combust or catch fire.

The company was also forced to recall around 2.8 million washing machines after revealing a “safety issue” with some top loading machines made between 2010 and 2013.

Just behind Samsung Electronics on the final NSW Fair Trading complaints register tally for November was online reseller, Android Enjoyed, which was the subject of 26 complaints for the month ending November 2016.

According to the NSW Fair Trading, 25 of the complaints mentioning Android Enjoyed related to mobile devise, and one complaint was about sport, fitness, and camping equipment.

Android Enjoyed operator, Digital Skies Group, was put on notice by NSW Fair Trading in September, with the regulator warning consumers not to deal with the company and its three online stores, Android Enjoyed, Camera Sky, and Klukker.

NSW Fair Trading said at the time that it received numerous complaints about the company’s online stores, most of which were concerned with the quality of the goods sold, the acceptance of payment without the supply of goods, and other local consumer law breaches.

Equal second on the list for the month was Apple, also with 26 complaints, most of which related to mobile devices or PCs.

Online retailer, Zoxoro.com, came in below Apple. It was the subject of 25 complaints for the month, many of which were about computer accessories, laptops, and other computer peripherals.

Coming in fifth on the list was retailer, Harvey Norman, with 23 complaints, many of which were related to PCs, laptops, electrical, and electronics products.

Other tech players that appeared in the top 21 names listed on the NSW Fair Trading November complaints register for November were LG Electronics, Grays Online, Intervision, and Foxtel.

The NSW Fair Trading Complaints Register lists businesses that are the subject of 10 or more complaints to NSW Fair Trading in a calendar month. Businesses are listed according to their public and recognisable 'trading' or 'brand' name.