What's coming around the corner for the channel in the year ahead? 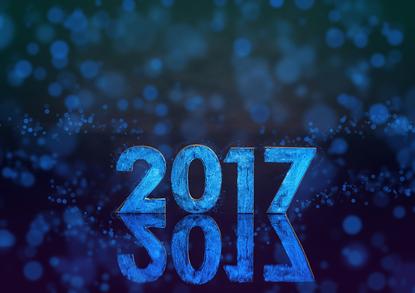 Leaving aside the usual suspects, this year’s collection of technology predictions for 2017 see the emergence of some new entries to the list of tech to watch in the coming year.

Just about all of the industry analysts this year agree that artificial intelligence and machine learning will begin to dominate the enterprise technology market in the coming year.

And for good reason, machine learning and AI offer extraordinary opportunities to businesses and their technology partners.

Applied AI and advanced machine learning give rise to a spectrum of intelligent implementations, including physical devices, like robots and autonomous vehicles, as well as apps and services, such as virtual personal assistants and smart advisors.

“These implementations will be delivered as a new class of obviously intelligent apps and things as well as provide embedded intelligence for a wide range of mesh devices and existing software and service solutions," Gartner vice president, David Cearley, said.

Looking ahead, AI and machine learning is expected to play an increasingly central role in business technology portfolios over the next few years.

Adaptive security architecture is set to rise in importance in the coming year, with new architecture likely to provide solutions to the business world’s fast-expanding attack surface.

“Established security technologies should be used as a baseline to secure Internet of Things platforms," Cearley added. “Monitoring user and entity behavior is a critical addition that is particularly needed in IoT scenarios.

“However, the IoT edge is a new frontier for many IT security professionals creating new vulnerability areas and often requiring new remediation tools and processes that must be factored into IoT platform efforts.”

While IT device hardware growth is generally flat or on the decline globally, with Gartner expecting to see a 5.3 per cent fall in devices spending by the end of the year, VR and AR equipment is on a sharp rise.

Already, big IT spenders such as the Department of Defence and Medibank are exploring the use of VR for things like training and treatment.

"The rise of new, less expensive hardware will put virtual and augmented reality technology within the grasp of a growing numbers of companies and individuals,” IDC vice president, Devices & AR/VR, Tom Mainelli, said.

“But, as always, what people can do with that hardware will depend upon the applications and services that power it.

“In the coming years, we expect developers to create a wide range of new experiences for these devices that will fundamentally change the way many of us do work.”

Open source software is not new. Nor is it visibly sweeping through the enterprise technology landscape like the IoT or hybrid cloud.

But it is becoming a core feature in much of the technology used in today’s business and consumer segments.

With one of the world’s largest and longest-lived production application makers, Microsoft, moving to make much of its software open, the industry is seeing a new renaissance for open source code.

Think of Google’s Android operating system, based on the open source Linux kernel, or software containerisation project, Docker, which is an open source initiative in itself.

In fact, Docker highlights where the open source resurgence is set to take hold: cloud computing.

According to IDC, more than 40 per cent of heavy cloud users planned to spend money on open source and standards projects in 2016.

In the coming year, this figure is likely to rise, with fellow analyst firm, 451 Research, expecting the open stack market to reach $US2.4 billion by 2017.