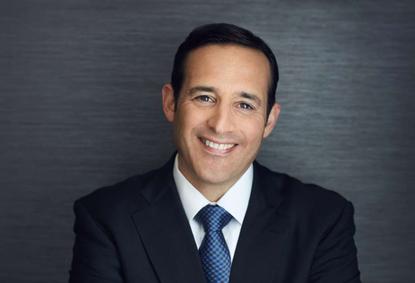 Leav was with Polycom until September after almost three years in the role, with his new role seeing him succeed Bob Beauchamp, who continues to serve as chairman of the board of directors and will play a key role going forward.

"As the Board of Directors and I collaborated on succession planning, we agreed that BMC has reached a natural point in our evolution to bring in a new CEO to lead the company as it enters its next growth stage,” said Beauchamp in a statement.

“Peter is an established technology CEO with deep industry expertise who will work closely with our strong management team to lead BMC forward in the years ahead.

“BMC customers, partners and employees will all benefit with Peter at the helm. I look forward to working with him in an era of disruption and change that is redefining digital industry,” he said.

BMC Software, which is headquartered in Texas with a local office in Sydney, makes software solutions aimed at helping businesses transform into digital enterprises.

Leav’s move comes as Polycom, also based in the US, undertakes a restructure that is set to see global staff numbers impacted.

While industry sources suggest the company may have already cut a substantial amount of its staff, the company has played down the potential fallout of the restructure.

“We are restructuring Polycom to align our strategy and focus our efforts where we are best‐positioned to win in the marketplace,” a spokesperson for Polycom told ARN.

“We will focus in on the products and services, customers, partners and markets that will drive future success.

“These changes will position Polycom to best take advantage of the massive market opportunity in front of us and drive success as a private entity.

“As a result of this, some employee positions are impacted. The affected employees will be treated fairly and with the utmost respect including severance packages and outplacement services, as they have all been instrumental in helping build Polycom into what it is today,” the spokesperson said.

The company, which has offices in Sydney, Canberr, Melbourne, and Auckland has not disclosed how many, if any, of its staff members in Australia and New Zealand might be affected by the restructure.