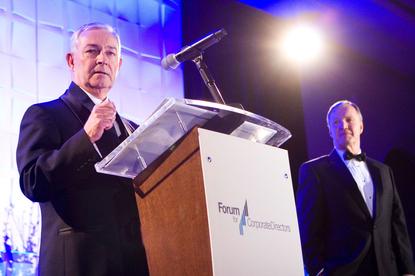 Global technology distribution giant, Ingram Micro, is now under the control of HNA Group, following the completion of the Chinese conglomerate’s $US6 billion acquisition of the US-based company.

The closure of the deal, worth $38.90 per share with an equity value of approximately $US6 billion, was first announced in February, and comes after a review of Ingram Micro’s finances by the Shanghai Stock Exchange.

On 2 December, Ingram Micro announced that it had cleared their final hurdle to the completion of its acquisition by Tianjin Tianhai, with China’s State Administration of Foreign Exchange approving the deal.

"The closing of this transaction represents a significant milestone on Ingram Micro's path to growing our business and providing a full spectrum of global technology and supply chain services to businesses around the world," Ingram Micro CEO, Alain Monié, said.

"We are delighted to move forward with this partnership with HNA Group and excited by the opportunity to accelerate the development and delivery of an even stronger value proposition for Ingram Micro's vendors and customers globally."

According to HNA Group vice chairman and CEO, Adam Tan, Ingram Micro, with its supply chain management experience and technology solutions, “exemplifies” HNA Group's strategy of investing in companies with strong positions in growing markets in the company’s core areas of focus.

“Working together, we believe there are significant opportunities to continue to expand Ingram Micro's delivery platform and portfolio of solutions offerings into high growth regions and provide customers across a wide range of industries with greater access to new market opportunities,” said Tan.

“Today marks a significant step forward in HNA Group's efforts to create a global, one-stop provider of logistics and supply chain solutions and services," he said.

It is understood that, with the acquisition finalised, Ingram Micro’s chief financial officer, William Humes, is expected to leave the company, to be replaced by executive vice president of finance, Gina Mastantuono.

The company had previously told its associates that HNA Group had assured that the merger should have no impact on its day-to-day operations.

‘A significant part of HNA Group’s attraction to Ingram Micro is our exceptional associates, including our management teams," Ingram Micro said earlier in the year.

"HNA Group has assured us that it is committed to maintain our associates, management and operations, including Ingram Micro’s offices, warehouses and other facilities."

The company also said that it expected, “very few, if any,” Ingram Micro positions to be impacted as a result of the acquisition.

“HNA Group recognises that the assets of Ingram Micro’s business are our associates and our trusted relationships with our vendor and customer partners,” the company said.

“Ingram Micro expects to continue to operate in the same manner with our management and associate teams in place across our countries and lines of business, serving our vendor and customer partners as usual."

Likewise, the company assured its staff that the deal was unlikely to result in the closure or consolidation of Ingram Micro offices, facilities, or warehouses, and that there would be no change in how it conducts business, operationally, around the world.

Meanwhile, Dicker Data CEO and chairman, David Dicker, took the long view, simply stating that it would be “very interesting to see how it plays out in the next year or so”.

It has in excess of $90 billion in assets with significant operations in countries including China, the United States, Singapore, Australia, Turkey, Norway, France, Spain, Switzerland, Ireland, Ghana, Belgium and Netherlands.