Optus and Telstra share $60 million funding for base station boost

Telcos take on second round of Mobile Black Spot Programme 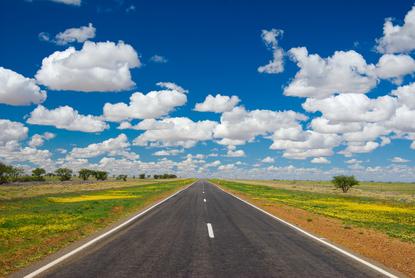 Optus and Telstra are expanding their mobile coverage following the $60 million second round of Federal Government funding they received as part of the Mobile Black Spot Programme. Both companies aim to improve mobile coverage across regional and rural Australia.

The government’s Mobile Black Spot Programme began as a 2013 election commitment to extend mobile phone coverage and industry competition in remote, regional, and outer metropolitan areas. The funding for the selected base stations in the first round of the initiative came to $385 million.

The funding for Optus will go towards the build of 114 new mobile sites across the country.

Optus said it will build 23 sites in Western Australia, 13 sites in the Northern Territory, 18 sites in New South Wales, 27 sites in Queensland, two sites in Tasmania, 15 sites in South Australia, and 16 sites in Victoria.

“We thank all governments for investing in such a crucial programme which together with Optus’ ongoing mobile investment programme, will ensure those living in remote and regional areas have access to reliable mobile coverage,” Optus vice-president corporate and regulatory affairs, David Epstein, said.

“Real investment in regional and remote telecommunications services is the only sustainable way to improve competition, and strength and breadth of coverage in regional Australia.”

From the programme, nationally, Optus has secured $26.4 million in federal and state government funding, and will co-contribute a further $36.4 million to provide connectivity to Australians.

The bid includes funding for 65 mobile base stations as well as the deployment of 49 satellite small cells.

Telstra is also expanding its mobile coverage as part of the programme's second round.

Telstra’s chief operations officer, Brendon Riley, said Telstra would build 148 mobile base stations under the second round, in addition to the 429 locations selected in the first round of the programme.

This amounts to more than $486 million worth of co-investment between Telstra and the government in Australia.

“Under the Mobile Black Spot Programme we will be delivering expanded 3G/4G mobile coverage to 577 locations across the nation, bringing a range of new benefits to these rural and regional communities,” he said.

“The improved coverage will increase access to new technologies for key regional sectors like agriculture, transport, mining and tourism – technologies which rely on a fast, reliable and affordable mobile network."

According to Riley, Telstra partnered formally with numerous state governments to specifically identify priority areas as part of the second funding round.

“We listened closely to local communities and put forward another strong bid in the competitive tender process,” he said.

“The round two locations will soon be incorporated into our Black Spot Rollout schedule and should be online within the next two years.”

The new work follows the results of an audit by the Australian National Audit Office (ANAO) that discovered various flaws in the way in the Department of Communications and the Arts allocated funding for the Mobile Black Spot programme’s first round of sites.

According to a report, there were issues surrounding the effectiveness of the selection process and consequently, the value achieved from the program funding.

"Public funding has resulted in substantial consolidation of existing coverage provided by grant applicants, as opposed to extending coverage in new areas – a key objective for the programme,” the report said.