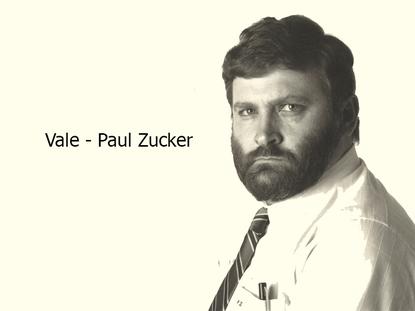 ARN is saddened to announce that inaugural editor and friend Paul Zucker has passed away.

Held in the highest regard across the industry, Zucker started his technology journalism career at a fledgeling PC World magazine in the mid-eighties, having previously been a PC manager at a medical company.

Originally a monthly magazine, called Reseller, Zucker oversaw the publication’s evolution into a fortnightly, then weekly, news title under the ARN masthead.

In running the brand from 1991 to 1998, Zucker will be remembered as the pioneer of IT channel journalism in Australia.

“Well known for his wicked sense of humour, his love of a prank, as well as his technical pedantry, Zucker was a mentor and a friend to many Australian tech journalists throughout his more than twenty years in the business,” MediaConnect CEO, Phil Sim, said.

“He will be greatly missed.”

After his departure from ARN in the late nineties, Zucker joined PC User where he coordinated the wildly popular HelpStation Q&A pages.

“When I first heard of Paul Zucker he was already a legend,” author, Matthew JC Powell, said.

“Working with Paul was many things, none of which was dull. He always had a prank, or a joke, or a game, a spot quiz or spelling test - I am not making this up - or just some dumb crazy thing that would liven up the work day. How we ever got anything done I can’t rightly recall - but we did.

“I learned a vast amount about how the tech industry works from working with Paul, and I’m willing to bet it was a fraction of what he knew. I'll always value what Paul taught me as a colleague and a mentor, but far more than that I will value his great friendship. Paul Zucker was a gift. I will miss him terribly."

Fellow writer, Graeme Philipson, told ARN that Zucker was a “good man” - branding the channel veteran as “funny, smart, great fun to be with, and a very good journalist”.

“He was also a real gentleman, in the old sense of the word,” he said. “His sardonic wit kept us all amused.”

“When I joined PCWorld in the late 90’s he was the Editor of our sister publication ARN,” Conroy said.

“He was quick to show me the ropes, as a very experienced editor, and always happy to mentor me in my new role, one he knew very well – having started his career at PC World in the mid-eighties.

“Rumour had it that Paul hated having photographs taken, as such I inherited a framed black and white portrait of Paul after he left, much coveted and commented on – and it took pride of place on my shelf.

“It drew comments from all who came by. I always joked that Paul was standing guard over me, warding me off from any evil editorial spirits lurking in the building. I am very sad to hear the news of his passing, and I am thinking for him with much fondness."