How can the government exert innovation influence?

Transparency and accountability on the NSW technology agenda 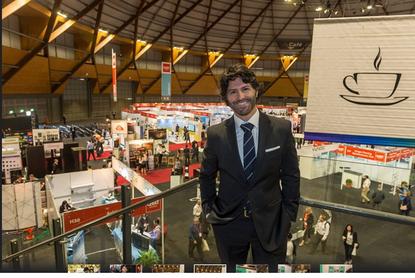 The wave of technology disruption is increasing, with the rise of the Internet of Things (IoT), big data, machine learning, artificial intelligence, wearable technology, "4D" printing, and the growth of digitally savvy employees.

Yet, the question remains: why hasn't technology innovation delivered the productivity that Australia is anticipating, and how can the government improve that agenda?

NSW Minister for Innovation and Better Regulation, Victor Dominello, who spoke at a panel session at ACS’ Ministerial and Tech Leaders Forum in Sydney, said the greatest disruptor to government is transparency and accountability.

“If we open up more information and more data, and become more transparent, then it’s the community that will disrupt us and shape us," he said.

"That’s the evolution of democracy. We need to aggressively pursue that journey."

British Computer Society president, Ray Long, said there are good practices that go into the success of IT projects. As proven by the Census outage in Australia, it is evident that much work needs to go into such government projects.

“Does that sound impossible?" he said. "Maybe it is, but the success of IT projects is a choice. We need to reconsider what makes successful IT projects, fresh mindsets and actions that we know to work.

"We need the right people, leadership, behaviours, and choices."

Institute of IT Professionals South Africa president, Ulandi Exner, said the missing link to this is accountability.

“Why don’t we make people more accountable for project failures?" she questioned.

"We all make mistakes, but these mistakes cost millions of dollars and who takes account for that?”

Dominello said this has been a challenge for the NSW government and that was the reason behind the appointment of the Government Chief Information Digital Officer.

“It’s difficult in government as there are a myriad of agencies doing their own thing," Dominello added.

"We need that central unit to know best practice. With the appointment of the Government Chief Information Digital Officer, he now has insight of the government ICT projects.

“For example, in Japan, some hospitals don’t share information about patients," Murayama said.

"But when disasters occur, you need this information disclosed. So, privacy can sometimes be a tricky situation.

"You need a law that states privacy should be flexible during disasters."

Dominello stressed the importance of the data sharing legislation, but said that there is a fine line as data “can be used for light and darkness".

“Agencies don’t generally like sharing their information and it was quite a bold legislation," Dominello added.

"We cannot aggressively pursue a digital world unless we have privacy settings in place. On one side of the coin, it’s digital, and on the other side it’s privacy. They have to work in parallel, one cant be ahead of the other.

“So, the stronger we get our privacy settings, the faster we can move into that digital space. We need a mature debate about all these things."

Dominello also said the hardest thing to change in government is culture – getting people into the mindset of the digital space.

“It’s hard for me to impose this digital world on them," Dominello added.

"What we need to do is assist in that cultural change. That needs to start in primary schools – getting it embedded there.

"If we want to be lions of tomorrow, we need to embrace innovation and digital technology. There’s no doubt about that, it needs to start early."

Dominello's comments come as the NSW government launches its new Innovation Strategy, which sees the state introduce a "NSW Innovation Concierge" (NIC) that will operate as a front door for entrepreneurs wishing to do business with the government.

The new plan also sees the creation of a Ministerial Innovation Committee that will oversee the implementation of the Strategy and encourage agencies to embrace innovation, and $10 million set aside from Jobs for NSW to grow the state’s network of incubators and accelerators.

Additionally, the Innovation Strategy includes the creation of Regulatory Sandboxes, where products, services, and business models can be tested while maintaining existing protections.

The introduction of Regulatory Sandboxes is aimed at encourage more experimentation and allow businesses to accelerate the development of innovative solutions in NSW.