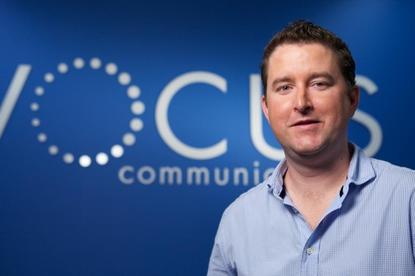 Vocus Communications (ASX:VOC) has revealed its plans to repopulate its executive ranks following the aftermath of a leadership shake-up that saw the boardroom departure of the company’s founder and former CEO, James Spenceley.

The publicly-listed telecommunications company used its annual general meeting on 29 November to update shareholders on the state of its leadership team following the top-level departures, which also saw former Amcom chairman, Tony Grist, exit the company’s board.

“We are well progressed with the process of appointing two replacement directors. We have appointed a search firm to assist us with this process, and already have an outstanding list of potential candidates,” Vocus chairman, David Spence, told shareholders.

“We are focused on ensuring that we take the time to appoint candidates that bring complementary experience and skills in areas that are not fully represented on the board at the current time.

“It is important that we have an independent board well-positioned to guide the company through its next phase of growth,” he said. “We hope to announce these appointments over the next few months.”

The resignations followed a “difference of opinion” between the departing directors and the majority of the board about the future leadership of the company, with the board voting down a plan, which had been confidentially proposed by Grist and supported by Spenceley, to change the company’s CEO early next year.

The company’s existing CEO is Geoff Horth, former chief of fellow telecommunications player, M2 Group, who took on the role after Vocus completed its merger with the company earlier this year.

“We...recently announced the resignation of two directors from our board, Mr James Spenceley and Mr Tony Grist, and we would like to take this opportunity to thank them for their contributions in developing both the Vocus and the Amcom businesses and, more recently, to the Vocus board,” Spence said.

Spence also reiterated the previously-announced departure of the company’s CFO, Rick Correll, whom he said has decided to leave the company after seven years in the role. It is expected that he will take a break before looking for “other opportunities”.

“We are well advanced with finding a replacement for Rick with a shortlist of candidates presently being considered, and the announcement of an appointment currently expected soon,” said Spence.

Given the time frame that bringing on a new appointment could involve, the company has made the decision to appoint current senior executive, John Allerton, to the role of interim CFO, in addition to his existing responsibilities heading up its commercial and regulatory functions.

“John has an extensive background and experience in the finance field as well as in the Australian telecommunications industry, and is well-equipped to lead the finance function through this period,” Spence said.

Meanwhile, the company, which completed its acquisition of Nextgen Nextworks at the end of October, said that the process of integrating the two companies is now underway.

“This acquisition delivers the last significant strategic piece of the terrestrial infrastructure puzzle in Australia for Vocus. It delivers the business greater control over its cost-base and expands our company’s competitive product suite,” said Spence.

Looking forward, the company expects to see its revenues for the financial year ending 2017 to be in the order of $1.9 billion, with underlying earnings before tax (EBITDA) to be in the range of $430 million to $450 million.

“We believe that the acquisitions made over the last two years have placed Vocus in a strong and competitive position to take advantage of the many opportunities emerging in the market to leverage the world class infrastructure platform that the company now owns,” Spence said.

However, the company conceded that the earnings contribution of Nextgen Networks business to the group, which is expected to be in the region of $41 million over eight months, is below initial expectations. This underwhelming result was driven by customer cancellations, the re-signing of contracts on lower margins, and slowing overall sales performance, according to Vocus.

In August, the company reported a 222.9 per cent surge in profit, to $64.09 million for the financial year ending June 2016, a result bolstered by its merger with M2 Group, and its acquisition of Amcom Telecommunications last year.