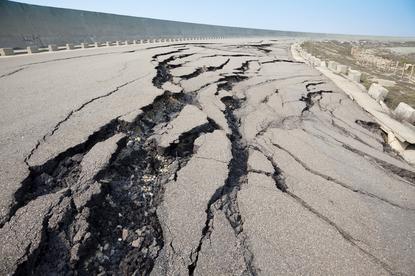 The magnitude-7.8 earthquake that rocked New Zealand on 14 November has hit Empired’s (ASX:EPD) pre-tax earnings to the tune of $400,000 during the first half of the 2017 financial year.

The earthquake, which originated about 90 kilometres north-east of Christchurch in the South Island, killed at least two people and resulted in a tsunami warning scare.

It has been followed by a series of aftershocks that have been felt around the country over a period of weeks.

While Empired is headquartered in Australia, is has a substantial presence in New Zealand, with offices in Auckland, Wellington, Christchurch, and Dunedin.

The IT services company, which is publicly-listed on the Australian Securities Exchange (ASX), told shareholders on 29 November that, despite the earnings hit by the earthquake, it is on track to see earnings (EBITDA) of between $6 million and $6.8 million for the full half year.

Meanwhile, Empired said that strategic IP-based initiatives continue to help it gain traction, with its Cohesion electronic document and records management solution picking up an additional 1,500 users across the New Zealand government.

This increase follows an initial $NZ12 million contract signed with the NZ government in early 2015 for the provision of the Cohesion platform.

At the same time, Empired managing director, Russell Baskerville, conceded that the company’s integration and restructuring activities in the first half of the 2016 financial year have had an impact on shareholder value.

“However, we are pleased with the positive impact these initiatives are having on operational performance,” Baskerville told shareholders.

In January, the company’s share price took a dive, from $0.77 on 15 January to $0.56 just six days later. At the time, the company said that integration activities, which saw a restructure in its sales operation, had faced delays and resulted in a lag to project-based work no Australia’s east coast.

Now, the company suggests that a strong sales pipeline and its continued investment in IP-based solutions and platforms will help it see “pleasing” top line growth and earnings margin expansion in FY17 and beyond.

The company has also announced the departure of director and chairman, Mel Ashton, with existing director, Richard Bevan, stepping into the chairman role.

Additionally, Empired announced the impending appointment of former SMS Management and technology managing director, Tom Stianos, as a new director of the company – with the appointment set to take effect following its annual general meeting.

“having known Tom for a number of years and watched the success he has had in the development and growth of SMS, I am delighted to welcome him to the board,” Baskerville said.

“His experience is highly relevant to Empired, and I am confident that his contribution will prove invaluable to the company as we embark on our next phase of growth,” he said.