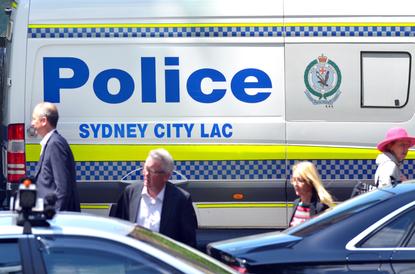 Police have arrested a Sydney-based IT provider in connection with a series of alleged frauds involving the state branch of a national union organisation.

The arrest comes as a result of the long-running Royal Commission into Trade Union Governance and Corruption (TURC), which wrapped up in December.

Police will allege in court that the man supplied IT services to the state union branch in question, with a number of the exchanges between the service provider and branch later identified as being allegedly fraudulent transactions.

According to police, the unnamed man has been charged with 10 fraud-related offences, participate in a criminal group, and receive material benefits derived from a criminal group.

He was granted conditional bail and is due to face Downing Centre Local Court on Thursday 22 December 2016, where police will allege that the total value of the alleged fraud offences the man committed amounts to more than $220,000.

The arrest follows charges against a 45-year-old man and a 35-year-old woman on 17 November 2016, in connection with the same investigation. Their matters remain before the court, police said.

According to Fairfax Media, former National Union of Workers official, Derrick Belan, and his niece, Danielle O’Brien, were arrested on 17 November, in relation to almost $870,000 in alleged fraud offences.

It is alleged that they processed false invoices through a third party who supplied services to the union.

The arrests came after months of inquiries in which the Royal Commission into Trade Union Governance and Corruption during which the Commission heard that O’Brien and Belan misused Belan’s union credit card.

The Trade Union Joint Police Taskforce (TUTF), which comprises officers from the NSW Police Force and Australian Federal Police, was established in January in response to the Royal Commission into Trade Union Governance and Corruption.

Investigations under the Trade Union Joint Police Taskforce are continuing.