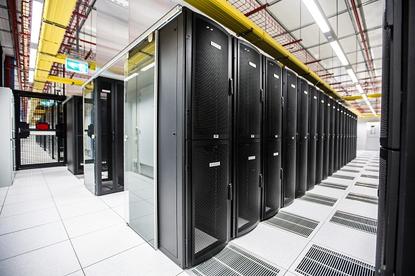 Bulletproof, CloudCentral, Datacom, and Zettagrid are among a host of more than 20 new cloud services providers (CSPs) that have signed up to Equinix’s Cloud Exchange platform.

The data centre and colocation provider’s growing ranks of local CSP partners, which also include Nexon, VMtech, Genisys, and Hypernode, have joined up to the company’s data centre sites in Sydney and Melbourne.

Equinix’s Cloud Exchange platform connects providers’ customers to cloud service providers in the most markets around the world - it can simultaneously orchestrate hybrid and multi-cloud solutions across multiple locations.

The new raft of providers adds to Equinix’s existing roster of hyper-scale CSPs signed up to the Cloud Exchange platform.

“Joining the Equinix Cloud Exchange was a logical extension to enable our multi-cloud service offerings that leverage our own, VMware-based private cloud, along with those offerings that add value to the global hyper-scale providers such as Amazon Web Services and Microsoft Azure,” Woodward said.

With the $US97 million SY4 facility coming online in August, Equinix bumped its number of data centres in Australia to five, including SY1, SY2 and SY3 in Sydney, and the recently expanded ME1 facility in Melbourne.

At the time, Equinix Australia managing director, Jeremy Deutsch, said that the opening of the new data centre is the company’s response to growing demand from Australian businesses for colocation, hybrid cloud, and greater interconnection.

"Co-location is now the centre for the new hybrid IT model and Australian enterprises actively looking for the best way to leverage their architectures and capitalise on Cloud services," he added.