IT workers singled out amid 457 visa changes

Minister for Industry, Innovation, and Science, Greg Hunt, concedes IT industry's need for workers on 457 visas 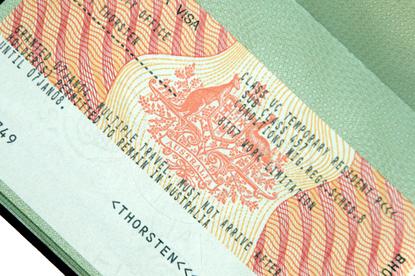 Australia’s Minister for Industry, Innovation, and Science, Greg Hunt, has singled out IT sector workers amid moves by the government to clamp down on the 457 visa provisions that let local IT companies hire foreign workers.

The government announced on 16 November that it would reduce the amount of time skilled international workers on 457 visas can remain in Australia after leaving their jobs from 90 days to 60 days.

“This change is about reducing competition from overseas workers for those Australians who are actively looking for work” said the Minister for Immigration and Border Protection, Peter Dutton, at the time.

“The Government values the contribution made by the many skilled persons who work in Australia on 457 visas, but where there is an Australian worker ready, willing and able to perform a role it is the Government’s policy that they have priority,” he said.

The Australian IT industry makes heavy use of the 457 visa provisions, as it lets companies in the local channel hire highly-skilled workers from overseas to fill hard to place technical roles.

While the changes to the 457 visa terms are aimed at helping to fill local roles with Australian citizens or permanent residents, Hunt conceded that the IT industry is unique in its dependence on 457 visa holders, suggesting that many technical roles could not be filled locally.

“Well, our approach is really simple. And that is, these are visas for areas that need the actual work,” Hunt told ABC Radio. “In the IT sector, there is no question.

“I've met with business leaders, with managers this week and they've said, where there are gaps in Australia, if we can bring people in, they not only provide the employment which allows us to run our businesses here, but they train Australian workers and help them to be part of a globally competitive local business,” he said.

“So, of course there's a place for the international flow of workers,” he said.

For New Zealand-headquartered cloud accounting company, Xero, which has a large and growing employee footprint in Australia, the changes to the 457 visa provisions are unlikely to impact its practice of hiring 457 visa holders to fill technical roles that cannot be filled by local candidates.

“We have very few of our employees impacted by 457," a spokesperson for Xero told ARN in a statement.

"This isn't going to affect Xero Australia much at all as it's only reducing the period that 'unemployed' visa holders are able to stay in the country.

“Most of our visa sponsorships are initiated by Xero rather than transferred from another employer, and the visa is valid for four years."