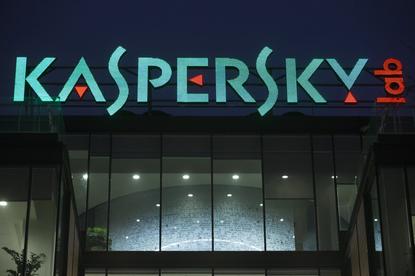 Australian technology distributor, Hemisphere Technologies, and Kaspersky Lab UK are entwined in a legal battle spanning two countries, over the alleged non-payment of royalties to the cyber security software vendor.

The two companies are involved in legal proceedings in both Australia and Sweden to settle a dispute in which, according to court documents, Kaspersky claims that Hemisphere Technologies allegedly owes it royalties from several months' worth of distribution partnership between the two businesses.

In late 2015 and early 2016, Hemisphere Technologies entered into a payment regime over a period of months of approximately $100,000 per week as part of an obligation to pay Kaspersky royalties, according to a statement by NSW Supreme Court Justice, Patricia Bergin.

In July 2016, Hemisphere Technologies allegedly claimed that it was entitled to either a “set off,” or a recognition, that Kaspersky needed to bring to account certain amounts in respect of various categories of credits.

An agreement was reached on 26 July this year that certain credits would be brought to account in Hemisphere Technologies’ "ledger", on the condition that the local distributor would continue with the previously mentioned arrangement of paying $100,000 per week to Kaspersky.

Kaspersky’s position, according to the documents, is that the credits were not brought to account in the way that was anticipated – notwithstanding that the $100,000 payments continued for a subsequent two weeks.

On 11 August 2016, Kaspersky purported to terminate its distribution agreement with Hemisphere technologies, with the cyber security vendor subsequently confirming the end of its contract with the local distributor.

ARN understands that the relation between the two companies broke down after Kaspersky decided to cut short the terms of an agreement that saw Hemisphere Technologies oversee the management of an e-commerce site for the cyber security company in Australia.

It is understood that the distribution deal struck between the two companies in 2011 included additional provisions for the local management of Kaspersky's e-store which, under the original agreement, would have continued until mid to late-2017, with Hemisphere Technologies paying the vendor royalties for product licence keys to sell via the online store.

According to sources close to ARN, Kaspersky initiated discussions to take control of the site before the terms of the original deal had run out, with the two companies reaching an agreement whereby Hemisphere Technologies would buy more than $1 million worth of Kaspersky product keys, which would then be credited back to the distributor by Kaspersky early the following year.

However, it is understood that the sell-back, and the resulting credits, did not eventuate, as the distributor had expected them to under the agreement.

Additionally, ARN sources indicate that the financial recompense Hemisphere Technologies received from Kaspersky during the several years it was managing the site were not in line with what the distributor anticipated under its understanding of the terms of the contract.

ARN understands that, as a result, the distributor withheld some payments which, in turn, opened up a breach of contract, giving Kaspersky the grounds to claim control of the e-commerce site and launch court proceedings against the distributor for non-payment of royalties.

The distribution agreement broke down as soon as the court proceedings went into play.

Sources claim that the amount being disputed comes to around $3 million, some of which arises from the mass product key purchase, and some from third party payments made by Hemisphere Technologies on behalf of Kaspersky that were not fully repaid in credits from the vendor.

On 26 August, Kaspersky commenced legal proceedings for the recovery of the royalties. For its part, Kaspersky maintains that it has "acted properly and in good faith" in relation to the arrangement it had entered into with Hemisphere Technologies.

"Kaspersky Lab is confident that it always acted in accordance with the agreement and fair market practices in its dealings with Hemisphere Technologies, including during the course of the commercial relationship, the termination, and now in ongoing judicial proceedings," a spokesperson for Kaspersky Lab told ARN in a statement.

"There are legal proceedings to address outstanding issues of the termination that weren’t resolved during negotiations."

In early September, Hemisphere Technologies filed a cross-claim bringing into the proceedings the issue of the validity of the termination of the agreement.

However, by 14 September, when the two parties were heard by Justice Nigel Rein in Sydney, there was an agreement that the “balance of the claim” – those issues other than the royalties and the credits – would be the subject of an application of arbitration in Stockholm, Sweden.

On 14 October, the case was heard at the NSW Supreme Court, with Justice Bergin granting Hemisphere Technologies an extension for arbitration in Stockholm, with the Swedish capital playing host to the arbitration proceedings due to a special clause in the distribution agreement.

“The arbitration clause in the distribution agreement referred disputes, except for royalty claims, to arbitration in Stockholm," said King & Wood Mallesons partner, Max Bonnel, in a blog post co-authored by Brecht Valcke and Bryce Williams - none of whom are involved with the case.

"This 'carve out' meant the arbitration process could only commence once a court had determined Kaspersky’s entitlement to royalties, the non-payment of which entitled Kaspersky to terminate the distribution agreement.

"Kaspersky had brought a claim in the Supreme Court of New South Wales for payment of the royalties. Injunctions to preserve the status quo had been granted by the Court for 30 days to allow Hemisphere to bring its claim disputing Kaspersky’s termination in arbitration.

“We have aggressive expansion plans for the next year and are hoping to grow our staff count by 30 per cent,” said Hemisphere Technologies director, Peter Phokos, at the time.

“Andrew is a critical part of those plans, bringing him on board as director allows me to focus on the operations side of the business while confident the sales side is being handled by one of the best in the business."

In mid-October, Hemisphere Technologies ceased listing Kaspersky as a partner in the local market.

As a result, ARN understands that, at present, Exclusive Networks is the only distributor in Australia to claim Kaspersky Lab as a vendor partner.

However, Hemisphere Technologies revealed on 20 October that it had inked an exclusive distribution deal with Finnish cyber security vendor, F-Secure, bolstering its cyber security portfolio in the wake of Kaspersky's departure.

"We’re excited to be doing this with a channel-friendly company that shares our values around trust, consistency, and mutual growth for our partners," said Mamonitis at the time.

Hemisphere Technologies declined to comment to ARN, given that the legal proceedings are still underway.

The case comes as data centre technology distributor, DPSA, battles Schneider Electric in the NSW Supreme Court, with the energy management and automation solution vendor alleging that DPSA owes it $5.47 million, following the breakdown of the companies’ distribution arrangement.

According to court documents filed in May, Schneider Electric alleges that DPSA has “wrongfully failed and refused” to pay the principle outstanding amount of $5.36 million that it billed the local distributor in relation to work it did for Canberra Data Centres (CDC).

In 2004, DPSA signed a deal with Schneider Electric to be the non-exclusive two-tier distributor of the vendor’s products, solutions, and services within Australia.

In 2009, DPSA won the rights to supply hardware from Schneider to CDC for the fit-out of the company’s Fyshwick data centre.

However, DPSA claims that in June 2015, Schneider Electric allegedly entered into an agreement with CDC directly, effectively cutting DPSA out of the deal.

DPSA claims that this resulted in the loss of profit on the profit of future sales of 40 HACS pods for the second stage of CDC’s Fyshwick datacentre, equating to $3.52 million, and an additional 30 HACS pods for CDC’s Hume datacentre, which equates to around $2.4 million.

“DPSA was Schneider Electric distributor for CDC for about 8 years. From its establishment in 2007, and we had an excellent long-term relationship,” DPSA CEO and CertaOne director, Jacques Tesson, told ARN.

“I was invited to dinner one evening, and without any warning was told that Schneider Electric was now supplying CDC directly.

“We have made a legal claim for the resulting losses. After that, Schneider Electric terminated all distribution agreements,” he said.