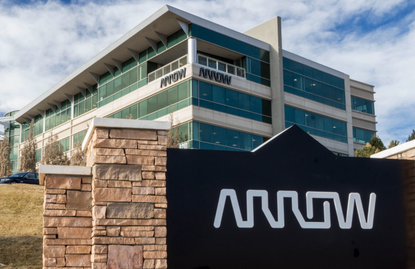 Arrow ECS has been hit with a double executive departure, with Jack Sabo and Martin Christmas set to exit the distributor at the end of 2016.

Sources close to ARN can confirm that the duo will leave the company less than a year after acquiring Distribution Central, and following the company’s integration in October.

Prior to the completion of the acquisition, Sabo and Christmas were named as chief commercial officer and chief vendor officer respectively, but ARN now understands that both will finish up with the distributor at the end of December.

In co-founding specialist distributor, Observatory Crest, in 2008, both moved into the Arrow business upon completion of its acquisition in October 2014.

Sabo and Christmas started Observatory Crest in 2008 as a niche security distributor, comprising of a vendor portfolio which included Check Point, F5 and, later, FireEye.

Following its acquisition by Arrow, both assumed director roles in the combined entity, running operations following the departure of Arrow general manager, Robbie Upcroft, in 2015.

Upon closing the deal, Sabo and Christmas signed two year contracts with the distributor, which were due to expire in October 2016.

"With the decision to integrate Distribution Central and OC [Observatory Crest] in the third quarter, we wish Jack and Martin the very best as they are departing Arrow on very good terms," an Arrow spokesperson said in a statement to ARN.

"Overall, integration has gone well and we will continue to maximise processes and alignment to best serve our suppliers and customers moving forward. "

ARN understands that the pair stayed on to assist during the Distribution Central integration process, initially taking executive roles as the two companies merged operations and processes.

With the process now complete, Arrow staff have been relocated to Distribution Central's headquarters, located in St Leonards, Sydney.

As reported by ARN, all staff and roles have been retained following the acquisition and integration, with the distributor now representing 41 vendors in Australia and 33 in New Zealand.