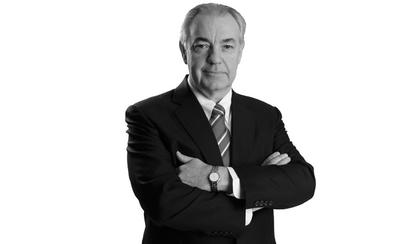 Berriz comes to the new role after joining NetComm Wireless earlier this year as director of engineering in Florida. Berriz is now charged with heading up all elements of the company’s product development activities, including hardware platform development, and software development.

He also has the responsibility of overseeing all active project engineering activities within the company, encompassing engineering groups in the company’s Australian offices in Sydney and Melbourne, and in its US-based operation at Sunrise, Florida.

“In my new role, I look forward to working with a highly-talented team of hardware, software, an RF (radio frequency) engineers committed to developing real world solutions for customers across FTTdp [fibre-to-the-distribution point], fixed wireless, and wireless M2M [machine-to-machine],” said Berriz in a statement.

With more than three decades in product management, design engineering, product development, and high-volume mass production design experience, Berriz steps into the new role after almost a decade as an engineering manager for Canadian Blackberry smartphone maker, Research in Motion.

Berriz also spent over 15 years as an engineering manager for Motorola, and six years with semiconductor manufacturer, Freescale Semiconductor.

With Berriz heading up product development, NetComm Wireless’s chief technology officer, Steve Collins, will focus on future technologies, and play a significant role in working towards the company’s long-term goal of positioning itself as a “global communications technology leader”.

“With the rapid growth of our engineering team, it was become necessary to further invest in the strategic direction of our technology. Sergio [Berriz] brings a wealth of leadership experience at scale and deep technical understanding that complements our existing engineering capabilities.

“We are confident that our new engineering structure will optimise efficiency and performance, and strategically position NetComm Wireless at the forefront of global communications solutions,” he said.

NetComm Wireless has had significant wins in the local market over the past year or so, thanks to the rollout of the National Broadband Network (NBN), for which it collaborated with Ericsson to address the fixed wireless component of the nation-wide rollout.

NetComm Wireless has also launched NBN-ready devices designed to connect Australian premises to ADSL2+, and to VDSL2, or fibre, the moment the service becomes available.

The Australian Securities Exchange (ASX)-listed company reported a 15 per cent boost in revenue, to $85.3 million, for the year ending June, and a 23.4 per cent surge in underlying pre-tax earnings (EBITDA), to $11.2 million for the year.

The company’s share price stood at $2.33 at the time of writing.