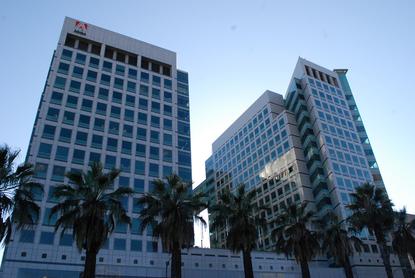 Adobe will charge its Australian software-as-a-service (SaaS) users an extra 10 per cent fee on top of subscriptions, in accordance with the new Australian tax laws, drafted in May.

The new regulations, set to be in force from July 1 next year, make international vendors selling digital products into Australia, add GST onto their sales.

However, the global digital media vendor said it would start charging GST on its SaaS products, such as Creative Cloud, from December 1 2016.

According to the vendor, subscribers with a month-to-month plan can expect to see the GST on their statement at the next billing on or after December 1, 2016.

For those with an annual plan, with a commitment period starting prior to December 1, 2016, the GST goes into effect at the end of the annual term.

According to the bill, other international products captured under the new GST laws span digital music, applications, ebooks, streamed or downloaded movies, as well as consultancy and professional services.

In February, in a statement, Treasurer Scott Morrison said the new tax regulations will “level the playing field for Australian businesses” and are expected to raise around $350 million, to be distributed to the states and territories “to deliver essential services."

"Australia's GST law needs to adapt to the growth of the international digital economy. These amendments respond to the changing economy and contemporary business needs, by ensuring that the GST should apply where appropriate.

“These changes help to make Australia's tax system more up to date, fairer for Australian business and fit-for-purpose in the rapidly changing digital economy," Morrison added.

ARN reached out to both Adobe and the Australian Tax Office (ATO) for further clarification on the discrepancy of Adobe charging subscribers earlier than the GST laws have been set to be enforced.

Adobe said, "This is separate from the government tax change scheduled for 2017, and is in accordance with the requirements from the ATO."

According to the ATO, "There may be circumstances in which entities have changed their commercial operations such that their supplies are subject to GST earlier than 1 July 2017.

"The changes to the GST law from 1 July 2017 mean non-resident entities not already registered for GST, who supply services or digital products to Australian consumers, need to register from 1 July 2017 if they meet the AUD $75,000 threshold."