Mingis on Tech: From superfast SSDs to Bluetooth locks and solar shingles

Our tech trio discusses a bounteous harvest of hardware 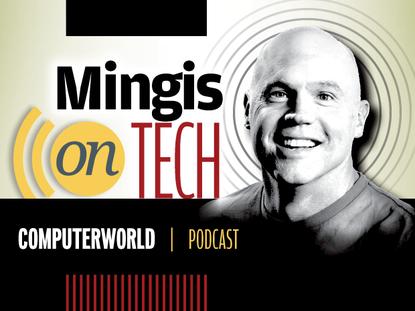 From the specs, it looks like Apple's new MacBook Pro laptops may be the fastest laptops on the market.

Computerworld Senior Writer Lucas Mearian has the tech details, with the caveat that no one here has yet gotten their hands on the latest laptops from Cupertino. Details to come, as they say -- and no yelling about Apple's high prices this time around.

With an eye on the upcoming holidays, Multimedia Editor, nee Gadget Guru, Keith Shaw regales Mearian and Executive News Editor with a trifecta of tech gadgets. Who wouldn't want a $70 Bluetooth enabled lock, a portable battery/car jumper cable kit and a quiet mouse.

Yes, really, it's a computer mouse that doesn't click. (Who knew there was even a market for such devices?)

Finally, Mearian gives his best "Oh, and one more thing..." report on Tesla's announcement that it plans to sell solar rooftop shingles next year that turn your whole roof into one giant photovoltaic system -- one that also looks like a traditional roof and last 50 years. Buh-bye solar panels, forever?

For an audio podcast only, click play (or catch up on all episodes) below.