Minister said partnering is key to success in the war against cyber crime. 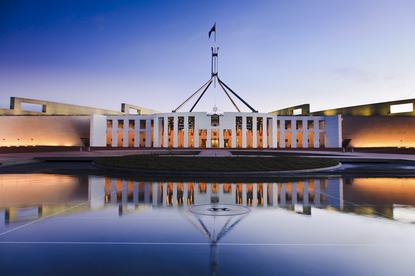 The minister assisting the Prime Minister on cyber security, Dan Tehan, has said the government is heavily committed to working with the private sector on improving Australia’s cyber security capabilities, while addressing the skills gap the country faces.

At the opening of the Optus Business security operations centre, the minister told attendees that continued investment from both the government and private centre was essential for the success of Malcolm Turnbull's cyber security strategy.

“The Australian Government recognises that cyber security is not a job that government can do alone," Tehan said.

"Technology connects us all and provides us with unheralded opportunities for innovation and profit, but it also unites us in a shared vulnerability."

Tehan also praised Optus for its partnerships with Macquarie University and Data 61, in a bid to tackle Australia’s cyber security skills shortage.

“We in government welcome this investment," he added. "As the minister assisting the Prime Minister on cyber security, nothing would make me happier.

The minister cited the latest threat report from the Australian Cyber Security Centre (ACSC) - released in October - which stated that CERT Australia responded to 14,804 cyber security incidents from July 2015 to June 2016, 418 of which involved systems of national interest and critical infrastructure.

“A threat to Australian business and on intellectual property is an attack on our economy,” Tehan added.

“That’s why it is so important that we work together, government, business and individuals, we are facing the same threats and often the same adversaries and there is much we can learn from each other.”

Tehan added that the government was taking action through its investment of $230 million over four years, which he claimed will fund 33 initiatives.

“There is $38 billion in cyber security initiatives with the national innovation and science agenda," he added.

"We will make cyber an integral part of our defence capabilities with a $400 million investment over the next decade under the 2016 defence white paper.

“There is $80 million to improve public/private partnerships and cyber threat information sharing and the core of the government’s cyber security strategy is a commitment to maximise the benefits of the online world.

The minister then said the government was working closely with business on a number of initiatives related to the cyber strategy.

Tehan pointed to the government’s voluntary security guidelines and health checks saying they would give business a means of independently assessing the effectiveness of security measures across companies or sectors.

“This will help executives of Australian companies better understand the cyber security strengths and opportunities for their business enabling them to seize the opportunities of the world wide web,” he added.

Tehan said government would be establishing cyber security centres in addition to the one previously announced in Brisbane.

Also, the minister reiterated the need to move the ACSC out of the defence department so that it could introduce unclassified work spaces to share more information with government.

But Tehan also conceded that one of the challenges was balancing the information government obtains that cannot be shared due to issues of national security with the need to share information with business.

“We must have certain firewalls in place to deal with that but really when it comes to this issue, the threats we as governments are very similar to what the business community sees and we can both learn off each other in how we deal with those threats,” he said.

“Government has to work with both academia and business to address that and that is the type of approach we are going to have to see more of."

Tehan added that education at a secondary and a TAFE level was equally important to the development of cyber security skills.

“The government is going to be promoting cyber as a career path going forward and it won’t just be at the university level, it will be also making sure we get into schools and to TAFEs to make sure it is very clear that there are enormous opportunities here because there is that skills gap," he said.

While there were no specific funds set aside in the existing government funds, Tehan said it's something that the government would be looking at in future, while working with education minister, Simon Birmingham.

"We have a strategy in place we have put dollars behind it and the key thing now is to roll out and implement this strategy," he added.