Move part of the vendor's ongoing safety measures to recover all affected smartphones. 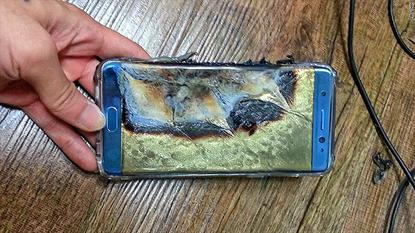 Samsung Electronics Australia will push a software update to all replacement Galaxy Note 7 devices issued nationwide, in an attempt to limit battery power to a maximum charge of 60 per cent.

Effective November 5, the software update to reduce the maximum battery charge was first released on September 21 to original Galaxy Note 7 devices, purchased in Australia before September 5.

This further update will install software to replacement devices supplied to customers after that date.

“Customer safety is our number one priority and we are asking customers who still have a Galaxy Note 7 to immediately complete a data backup and factory reset before powering-down the device and returning it to their place of purchase,” Samsung Electronics Australia IT and mobile vice-president, Richard Fink, said.

In September, the company recalled more than 50,000 of these devices in Australia, after numerous reports revealed the smartphones were catching fire due to faulty batteries.

Samsung offered brand new, replacement units - or a full refund - with a courtesy device given to consumers in the interim of the new devices' shipping.

After this initial recall, Samsung assured consumers that the fixed smartphones were safe.

However, just one month later, in October, Samsung halted all sales of its flagship smartphone, after several new reports emerged of repaired devices catching fire.

“We continue to work with our retail and operator partners to assist customers to replace their Galaxy Note 7 devices or seek a full refund,” Fink added.