Why Plenary Networks sold to Deloitte 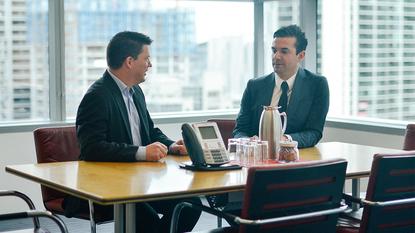 After just four and a half successful years in business, Plenary Network’s big dreams of growth and quality brand recognition have come to fruition.

Deloitte’s recent acquisition of the Melbourne-based systems integrator, will see Plenary Networks and its team of ten thrive under its banner as one of the world’s largest professional services firms.

“Because we start at Deloitte with Plenary Networks as one of the business units, the nice part is that it means we can continue to operate in the agile fashion that we always have, but with a bigger brand name behind us.”

As part of his approach in building the business from the ground up, Stojkovski told ARN he was always mindful of organic growth by virtue of the Plenary Network brand.

“One of our main differentiators is that we have never had a sales team. From day one, we never had a sales rep that was going off and trying to secure business. We really wanted to work off our brand name to develop that pipeline, as opposed to a sales force that was trying to go out and sell our services.”

By harnessing Deloitte’s extensive reach and resources, Stojkovski said he is most looking forward to strengthening his relationships with vendors to couple Plenary Network’s professional services with a hardware resell capability.

“Previously, because hardware is a substantial investment, my interest was always in taking care of payroll before risking too much on hardware. I think the team will really enjoy the fact that vendors will want to team up much closer with us now than in the past, especially with the Deloitte brand behind us.

“Just in the last week or so, I’ve been giving people the heads up and, upon recognising the Deloitte brand, I’ve already had vendors offering their services. It’s amazing to see that we haven’t even started and we have people knocking on our door.”

However, while the road ahead is endearing for both companies, with a strong growth trajectory, Stojkovski told ARN he will remain grounded by his fellow team.

“I have always shared the vision and the dream with the guys, of expanding Plenary Networks out and plans of building training facilities and so forth. I have also always been very transparent, so when news of the potential acquisition came out, my initial thoughts surrounded how we would then adjust our thinking to the Deloitte career path, as opposed to the vision that Plenary shared. Luckily, it is all very similar.”

Upon striking the deal, Stojkovski added that it was important to ensure the cultural alignment of the businesses before any finalising decisions were made.

“It was always important to me to ensure that the team would be looked after. During the transaction period, where we were defining terms and everything else, one of the best things we saw was that in terms of career trajectory, our titles lined up to exactly what Deloitte already had.

“So, there was this really nice marriage there in terms of our consultants titles and responsibilities within Deloitte’s structure. For example, we don’t have a sales team, neither does Deloitte.”

Stojkovski added that the potential change of his role as part of the merger, was a key factor to consider before selling his business to Deloitte.

“I tried to put myself in the Deloitte team shoes to see what it meant for them. How we, from Plenary Networks, would integrate as a team into Deloitte, what changes would take place for the team and how my interaction with the team might change.

"But in this case here, it almost feels as if we are taking Plenary Networks as it is, and just rebranding as part of Deloitte. We will still run the profit and loss (P&L) within the business unit, we still make technology decisions and the team will continue to work together. It all fits very nicely from that standpoint,” he said.

With plans to expand nationally, Stojkovski said his first focus following the merger will be ensuring a smooth transition for the team in understanding the large-scale growth trajectory.

“The first few steps I will take is ensuring that the guys really understand that their day to day responsibilities are the same, as the projects they are working will all be carried across.

"However, I think the most important part of the transition will be helping them understand their growth targets. I want to be able to ensure they understand how we are to tackle the Sydney market and how we are going to expand to Queensland and other states,” he said.

Terms of the deal sees the consulting giant add Plenary Networks to its integrated technology advisory and solutions capabilities, with Plenary Networks’ network architects to join the professional services firm on 1 November.

“I think culturally, it couldn’t be a better marriage. After considering some of the other opportunities out there, there is really no one better,” Stojkovski added.

“From the career objectives of the team, to the people I have worked with, it’s all positive on the culture front and the way in which we will operate together,” he said.