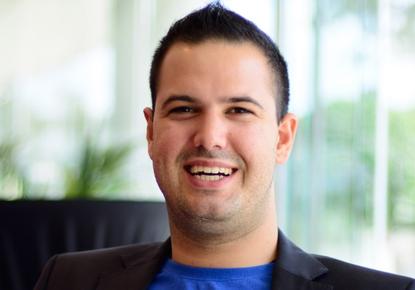 Google partner and Google Apps platform integration consultant, iTGenius, has acquired its direct competitor, Chromeworx, in a 48 hour deal as the company slipped into liquidation.

According to iTGenius Australia managing director, Peter Moriarty, Chromeworx was a business he always looked up to as they have a strong foothold and brand presence in Queensland.

Moriarty told ARN he discovered news of the insolvency from a ticket that came through his help desk and immediately moved in on the win-win opportunity as a result of the large customer base left hanging.

“The message on the ticket was that the customer’s existing support provider, Chromeworx, had gone into liquidation and they were looking for a new Google partner to work with.

“I jumped on the phone straight away as I had a bit of a relationship with one of the shareholders of the business. I knew all of the customers had been left out in the cold effectively and had paid for the support upfront. I knew we had to move extremely quickly, otherwise there would be a mass exodus,” he said.

As a result of the deal, which was negotiated in 48 hours, iTGenius acquired 300 new customers and increased its managed end user licenses by up to 30 per cent.

Moriarty added that his business also gained a new senior consultant, Cathy Nolan, as a result of the insolvency. He said she was valuable in sealing the deal.

“Cathy was essential to the deal because she had relationships with a lot of the customers. The key thing there was that if she wasn’t willing to come on board with us, we couldn’t have proceeded with the deal. She was critical in making that happen because we needed the customers to actually want to work with us.”

Describing the ordeal as ‘stopping the water leaking from a sinking ship,’ Moriarty said the entire integration of Chromeworx into iTGenius and customer onboarding was completed in three days.

“It was purely a matter of trying to get business as usual for those customers. They had been through such a wild ride the week before being told that all the money they had spent on support was gone.

“The integration involved merging ticketing systems, billing and account systems and auditing all 300 customers accounts to work out where they were up to in terms of a rebuild.”

The acquisition has paved the next step in iTGenius’ endeavour to become a prominent Google Apps for Work (G Suite) reseller in Australia.

The merger comes off the back of the company’s web-hosting arm, HostGenius, acquiring Speedhost.com.au in June that increased its customer base by 40 per cent.