Here's to our health, with help from Watson

Healthcare is now a big part of IBM's AI business 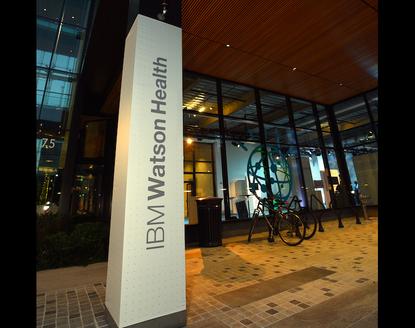 IBM may have originally built Watson to win at Jeopardy, but it saw potential applications in healthcare early on. Eventually, it formed a dedicated business unit focused squarely on making those applications happen.

As far back as 2012, Memorial Sloan-Kettering Cancer Center and IBM teamed up to develop a Watson-based system that could help doctors create individualized cancer treatment recommendations for their patients.

The following year, IBM, Memorial Sloan-Kettering and WellPoint introduced products based on Watson. A project with Cleveland Clinic, meanwhile, focused on developing a new tool to help physicians and medical students learn how to make better decisions more quickly.

In 2014, New York Genome Center and IBM kicked off an effort to accelerate the race to personalized treatment for cancer patients. By 2015, more than a dozen leading cancer institutes were collaborating with IBM for a similar purpose, using Watson for DNA analysis.

This year the American Heart Association, IBM and Welltok teamed up to advance heart health. IBM also partnered with the American Cancer Society to create the first Watson-based “advisor” for people fighting cancer. The American Diabetes Association, meanwhile, is using Watson to help improve the management of the disease.