A new dawn for Distribution Central as Arrow integration completes 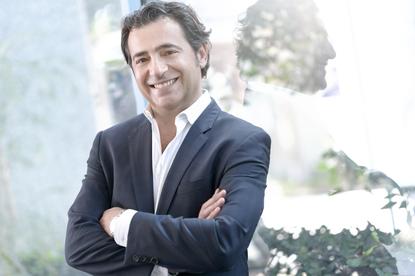 Arrow Electronics has completed the integration of its Australia and New Zealand operations, signalling a new dawn for Distribution Central.

Fresh from acquiring the value-added distributor in March, the combined Arrow business will see Nick Verykios take the reins as CEO, with Jack Sabo and Martin Christmas as Chief Commercial Officer and Chief Vendor Officer respectively.

“I couldn’t be more pleased with how Arrow and Distribution Central have come together culturally, professionally and in support of each other,” Arrow ECS CEO, Nick Verykios, said.

“The integration has afforded us structural changes that enhance our nimbleness and expand our channel enablement services portfolio, while strengthening our value proposition and vendor portfolio.

“It’s a unique mix of value over volume that puts us in a strong position to exceed our growth objectives without compromising on our legendary service delivery.”

ARN can confirm that all staff and roles have been retained following the acquisition and integration.

Locally speaking, Verykios said with the combined workforce, coupled with a number of further investments around sales and support engineering, the distributor has increased headcount and is recruiting “eight more people” at present.

From a vendor perspective, the Arrow ECS trans-Tasman portfolio has also expanded with the combination of both offerings, comprising 41 vendors in Australia and 33 in New Zealand, with a complete rebrand already underway.

“We have spent a lot of time with all the Arrow ECS legacy vendors to give them the best of Distribution Central and to onboard them onto our go to market motions,” Verykios told ARN.

“We’ve also done the same for Distribution Central vendors while continuing initiatives introduced to our business from Arrow legacy.

“The vendors have been pushing for a quick integration and we have responded to that.”

Looking ahead, Verykios said the core focus of the combined company centres around enabling further business growth in the months and years ahead.

“We have major market share and in many cases sole relationships so growing share isn't the focus,” he said.

“Our vendors know we are focused on growing the business, that's been our legacy, for the vendors and we will continue to do so.

“There’s not much share there to grab. Our business model grows the vendors business and ensures we keep our fair share of that success.”

Since the acquisition was completed over six months ago however, the distribution landscape in Australia has continued to change, following Tech Data’s intention to acquire the Technology Solutions business from Avnet in a transaction valued at approximately $US2.6 billion.

As the dust settles in Australia, Verykios remains unfazed by the deal, telling ARN that the rise of emerging technologies and vendors in the market now requires a different distribution touch, one based around providing value to the channel rather than simply volume.

“The big vendors we’ve been working with for over 10 years are still value plays, that’s what these emerging technologies require,” he told ARN.

“Is Tech Data a volume or a value play now? They will probably face an identity crisis before working out what they will become because you can’t just wake up, buy a company and decide to add value.”

At a global level, Arrow serves as a supply channel partner for more than 100,000 original equipment manufacturers, contract manufacturers and commercial customers through a global network of more than 460 locations serving over 85 countries.