​Which vendors are winning the fight for Internet of Things supremacy? 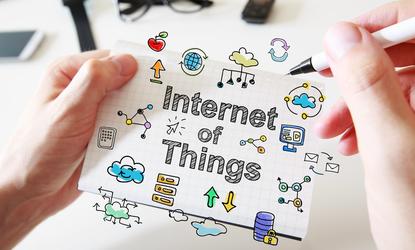 IBM, Hewlett Packard Enterprise, Cisco and Microsoft are leading the way in terms of Internet of Things revenue, as the commercial market surpasses the $US6 billion market.

As outlined in Technology Business Research findings, commercial IoT ecosystem revenue grew 18.3 per cent year-to-year in 2Q16, with cloud services remaining the industry’s fastest-growing segment year-to-year at 67.2 per cent due to vendors’ evolving need for platforms, processing and storage.

According to research, vendors with incumbencies in IT and consulting are the leaders, with IBM, Hewlett Packard Enterprise, Cisco and Microsoft emerging as the top four in total IoT revenue at $US783.2 million, $US593.5 million, $US576.2 million and $US505.7 million, respectively.

Across the board, save ICT infrastructure, all IoT segments grew by double digits, proving the opportunity for vendors in the IoT ecosystem.

Looking ahead, TBR believes ICT infrastructure’s slower growth, at 5.3 per cent year-to-year, stems from the increasing popularity of Infrastructure-as-a-Service.

Meanwhile, software composed the largest portion of commercial IoT revenue at $1.9 billion, or 32.5 per cent of total revenue, in 2Q16, due to the broad existence of legacy database and application software that has not been moved to the cloud.

Callahan said incumbency in IT and/or in industry verticals is becoming a primary factor to success in commercial IoT.

“Microsoft’s base in software, for example, has made it an incumbent in IoT due to its ability to cross-sell software customers onto its Azure IoT platform,” he explained.

GE Digital’s business is also rooted in incumbency, as most of its clients are previous customers using GE software (from which Predix evolved).

However, GE’s incumbency advantage also serves as a limitation because outside its traditional markets, the company struggles to gain traction.

“This struggle leads GE, as well as other companies, to seek partnerships with other incumbents to expand their respective customer pools,” Callahan added.

“Despite market consolidating around IT incumbents, the opportunity for a dark horse disruption remains possible,” he predicted.

Consequently, TBR believes vertically oriented companies with strong IoT go-to-market strategies, such as PTC, are ripe for acquisition, and an unexpected purchase, such as by SAP, Bosch, Siemens, Hewlett Packard Enterprise, Oracle or Verizon, could shake up the status quo significantly.