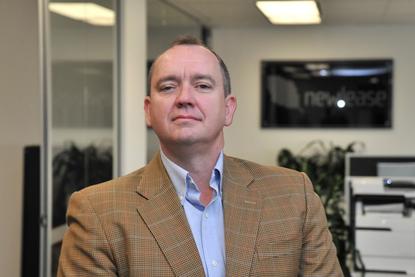 Rhipe (ASX:RHP) has delivered on its financial strategy for 2016 with revenue of $143 million for the year ending June 30, representing a 32 per cent jump from the year previous.

Released via the ASX, the born-in-the-Cloud distributor said the figures are in line with "stated growth objectives", reporting $25.7 million in group gross margin, up 28 per cent from the same time last year.

During the twelve month period, the board said all key focus areas around growth, cost management and investment in new revenue streams have delivered strong results.

Rhipe executive chairman, Mike Hill, said the "substantial progress" achieved in the 2016 financial year was in part due to the launch of and momentum gained from various public Cloud subscription licensing programs such as Microsoft 2 Tier CSP, VMware vCloud Air and IBM Softlayer.

Investments made in new vendor programs, such as the Microsoft 2 Tier CSP Program, saw a revenue run rate of more than $8 million within a year of commencement.

“The 2016 financial year marked another strong year in investment in this strategy and we have now begun to see the benefits of this early investment as we approach positive contributions in many of these high growth markets and operational leverage across the foundation of the business in Australia and New Zealand,” he said.

Hill said growth in the core licensing division was maintained at 38 per cent growth in sales of subscription software programs.

Meanwhile, investments made in developing new regions in South East Asia resulted in growth of 87 per cent in local sales in those markets, excluding large arbitrage A/NZ customers procuring through Asian countries.

However, the solutions division, which makes up four per cent of the company revenue, achieved a lower than expected result in FY16, contributing a loss of $1.9 million to the group result.

Hill attributed this loss to the "under-utilisation and delays" in direct end customer projects.

The company said that management has made changes to the cost structure in this division and has focused resources towards channel customers, consistent with the licensing division - these initiatives are expected to deliver $2 million in OPEX savings in the solutions division in 2017.

Looking forward, Hill said rhipe’s revenue outlook for FY17 is said to be generated by the nature of the underlying subscription based revenue streams from new product offerings, new geographies, and the demand in the Cloud market from end users to adopt subscription models for IT needs.

"Our intellectual property, our relationships, and our go-to-market model is perfectly suited to give rhipe a first mover advantage in the shift towards public Cloud," he added.

"In 2017, I am looking forward to the operational leverage that will come as our investments stabilise and our gross margin dollars continue to grow.

"If FY16 was a year of significant investment in the public Cloud, then I expect FY17 to be the year in which we see rewards in terms of business profitability from this investment."