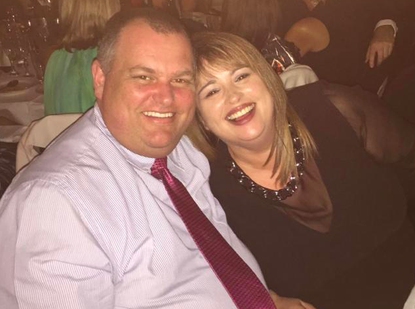 The channel has come together to remember technology veteran Robert Tinning, following his passing last week.

With over 30 years of experience within the industry, the Brennan IT Hardware and Software Practice manager has been honoured from all areas of the channel, with distributors and vendors paying respects to a “well-respected” figure within the community.

“Robert was well-respected not just by his colleagues but by all our distributors and partners,” Brennan IT CEO, Stephen Sims, said.

“He was a happy person who would light up any room he walked into, enthusiastically greeting everyone. He was generous to a fault; a real team player. It is his friendly disposition and generous nature that we will all miss the most.”

Sims said colleagues will remember Tinning as a “happy person who lit up the room”, citing the 47-year-old as not only a colleague, but “a friend, a mentor and a father and loving husband”.

Tinning joined Brennan IT in March 2011, leading the Hardware and Software Practice, having previously held roles as general manager for City Software, Sales Manager for Harris Technology, and State Manager for NEC Computers.

For those wishing to pay tribute, a memorial page has been set up in Tinning’s honour, with a celebration service from 2-3:30pm in Victoria on Thursday July 28, as well as a wake on the same day from 3:15-6pm.

Sims said condolences and messages of support have come in from all sides of the channel, including Hewlett Packard Enterprise channel sales manager, Nick Lambrou, who branded Tinning as a “genuine man”.

“His dedication to his work and his family, and, in particular, his passion for our industry is something unfortunately not everyone is aware of,” Lambrou said.

“He was an ambassador and one of the less well-known guys in our industry, but his contributions were as big as his heart.”

Microsoft SMB and Cloud director, Samantha Zammit, worked with Tinning both at Brennan IT and during his previous roles, and praised his “results and outcomes focused” attitude to doing business.

“When he said that he would do something he did,” Zammit said. “He was a great asset to Brennan and to the Microsoft partnership and he will be sorely missed. No matter the ask he always approached it with a smile.

“We can only hope that Robert has reached a place of peace and tranquillity and that his family and his colleagues at Brennan can find some solace in this.”

“He was always generous with his time with me and always had really helpful tips and insights into sales, channel and business in general,” Stevens added.

“My heart goes out to his family, friends and all those that have worked with him.”

For those wishing to pay tribute, please click here.