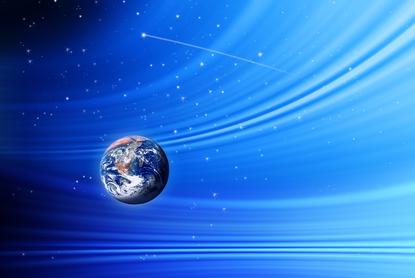 nbn’s second satellite, Sky Muster II, will blast into space on October 5, taking off from French Guiana Space Centre in South America before orbiting 36,000km into the sky.

It will be one of the largest communications satellites, weighing 6400kgs and aims to provide additional data capacity to help support nbn's satellite broadband service that will provide coverage for about 400,000 homes and business in regional and remote Australia.

It also revealed the artwork that will be printed on the nosecone of the rocket, which is a mosaic style image of more than 700 Australians who won the chance to put their face on it.

“We are already seeing how access to fast broadband for small businesses and farms in the most remote outback and offshore locations can improve productivity by better enabling the ability to store files in the cloud and avoid lengthy business trips by communicating with customers and suppliers through more reliable video conferencing,” nbn satellite architect, Julia Dickinson, said.

“To ensure every Australian, no matter where they live, could have the chance to be a part of this history-making moment, we held a nationwide callout for people to win the opportunity to ‘blast their face into space’.

"Representing the millions of connections made through the nbn network, the winners’ faces make-up a national portrait of our country, which will be printed on the nosecone of the rocket that will launch the Sky Muster II satellite into the sky.

"This is an enormous project and we are doing our best to deliver the nbn Sky Muster service as fast as we can, but reaching all corners of the country will take some time.”