Trump would be a 'disaster for innovation,' say Silicon Valley execs

CEOs, investors and engineers sign up to denounce the idea of a Trump presidency 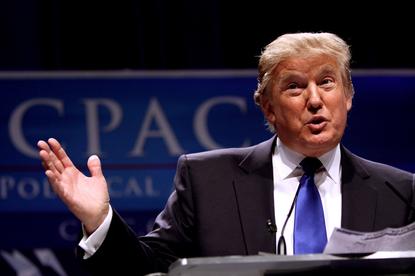 A group of Silicon Valley entrepreneurs, company founders, engineers, and investors have signed an open letter regarding Donald Trump. The gist: They don't like him and think his presidency would be a disaster for the business of innovation.

The letter, published Thursday on Medium, accuses Trump of running a campaign based on fear of new ideas and new people, as well as anger, bigotry, and "a fundamental belief that America is weak and in decline."

"We have listened to Donald Trump over the past year and we have concluded: Trump would be a disaster for innovation," the letter said.

Signatories are many CEOs, founders, venture capitalists and a few well-known names, including Pierre Omidyar, the founder of eBay; Ev Williams, co-founder of Twitter and founder of Medium; Vinod Khosla, a co-founder of Sun Microsystems; and Reed Hundt, former chairman of the FCC.

Noting that 40 percent of Fortune 500 companies were founded by immigrants or their children, the letter says progressive U.S. immigration policies keep Silicon Valley vibrant because they help the country attract foreign talent.

There's no doubt about Silicon Valley's thirst for knowledge workers from overseas. Several large tech companies dominate the H1-B visa program, putting in thousands of requests each year. Cutting that supply off could have a big impact on their businesses.

Trump has proposed raising the lowest allowable wage under the H1-B program, with the hope it will push companies to hire more local workers.

The letter also took Trump to task over comments about shutting down parts of the internet to fight terrorism, saying it demonstrated "both poor judgment and ignorance about how technology works."

In late 2015, Trump proposed talking to "Bill Gates and a lot of different people" about shutting off internet access for certain people, but he never expanded on the issue.

The letter also said the government plays an important part in the tech economy, but that could be at risk under Trump.

"We stand against Donald Trump’s divisive candidacy and want a candidate who embraces the ideals that built America’s technology industry," the letter ended. It stopped short of mentioning Democratic front-runner Hillary Clinton or anyone else.

The Trump campaign could not immediately be reached for comment.