Chinese hackers blamed for multiple breaches at US banking agency 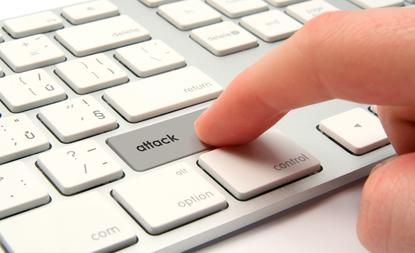 Chinese government hackers were the likely attackers in three breaches in recent years at the Federal Deposit Insurance Corporation, the U.S. agency that insures bank accounts, according to a congressional audit.

Breaches at the FDIC in 2010, 2011, and 2013 were caused by an "advanced persistent threat ... believed to have been the Chinese government," according to an interim report on the agency's cybersecurity from the House of Representatives Science, Space, and Technology Committee.

In the 2013 breach, hackers gained access to the computers of 12 staff computers, including the former chairman, chief of staff and general counsel of the agency, the House report said.

FDIC staffers were instructed not to report the 2013 breach because news of it could hurt agency Chairman Martin Gruenberg's confirmation, one witness told House investigators.

The agency also delayed reporting two late 2015 breaches to Congress until 2016, even though the personal data of more than 115,000 people was potentially compromised, the report said. The agency has "purposefully evaded" congressional oversight and has a "long-standing history of a lack of transparency" related to cybersecurity issues, the report said.

"The FDIC’s intent to evade congressional oversight is a serious offense," Committee Chairman Lamar Smith, a Texas Republican, said in an emailed statement. "Major improvements need to be made to the FDIC’s cybersecurity mechanisms."

Representatives of the FDIC and the Chinese Embassy in Washington, D.C., didn't immediately return messages seeking comment on the committee investigation.

The House report rips FDIC security practices and the culture inside the agency. The agency's CIO office is a "toxic work environment," where employees who disagree with leadership are punished, the report said.

In addition, the agency has failed to stop employee use of USB thumbdrives and other portable storage devices, despite two 2015 breaches related to those devices, the report said. "The FDIC has still not implemented sufficient precautionary measures to ensure that additional breaches do not occur," the report said.

Gruenberg is scheduled to testify before the committee about cybersecurity issues on Thursday morning.