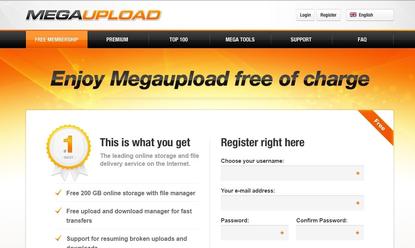 The creator of Megaupload plans on reviving the infamous file sharing site on Jan. 20, five years after the U.S. government shut it down.

“It will be better than the original and it will feel like home,” tweeted Megaupload’s creator Kim Dotcom on Sunday.

He made the announcement as U.S. authorities are trying to extradite him to face copyright infringement charges. In 2012, the U.S. government pulled the plug on his file-sharing site, which was accused of helping to distribute pirated music and video.

Dotcom, who is based in New Zealand, has appealed his extradition to the U.S., and a court hearing is set for August.

In the meantime, Dotcom has been trying to restore his file sharing business. In 2013, he created Mega, a cloud storage service, but he later disowned it. Dotcom claimed that a Chinese investor, and later the New Zealand government, had taken over the service through control of the company’s shares.

“I don't trust Mega anymore. I don't think your data is safe on Mega anymore,” he said in an interview last year.

However, he vowed to create a competitor to Mega that would be “completely open source and non-profit” and run similar to Wikipedia’s model of accepting donations.

Now Dotcom is tweeting out details of the upcoming Megaupload revival site. It will offer 100GB in storage and encryption, and none of the servers will be based in the U.S., what Dotcom called the “mass surveillance empire.”

Dotcom also suggested that bitcoin would have some role in the site. Most of the old accounts from the original service will also be carried over to the new one. But no legacy code will be used to build “Megaupload 2.0,” he said.

Dotcom hopes for 100 million users on launch day, and he's asked old Megaupload employees to return to the business.